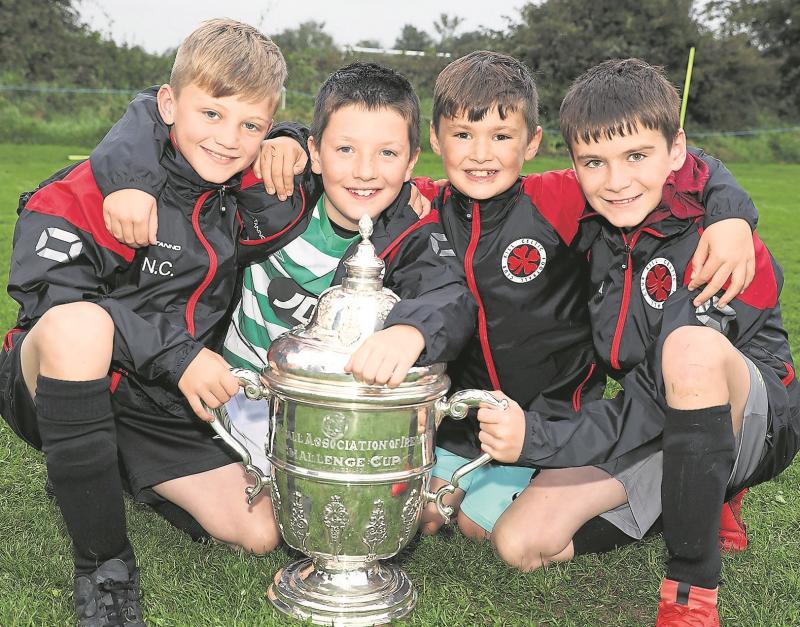 Manager Bradley, as a player won two League of Ireland titles with Drogheda United and Shamrock Rovers and in 2019 managed Rovers to the FAI Cup.
The young players of Kill Celtic were delighted to meet Stephen while having the famous FAI Cup in their midst was indeed a great thrill for one and all.

Kill Celtic FC is football club who are based in Kill and is a community based soccer club that services the parish of Kill, Johns-
town and Ardclough.
The club was founded in 1999 and celebrates its 21 Birthday this year.
The club has 19 teams, both male and female, and over 200 players at Juvenile level ranging from academy to U18.
The club is planning for the next 21 years and are in the process of acquiring and developing their own grounds and facilities.
With the growth in housing and population in the area the future is bright for the club.
Last season the club won their respective leagues at U15 and U17 level which was great for all involved from children, parents, coaches and club members.
The object of the Club is to promote football within the community for the inclusion and participation of all in a safe and fun environment.
It was great to have Shamrock Rovers visit with the FAI Cup to inspire our younger players.