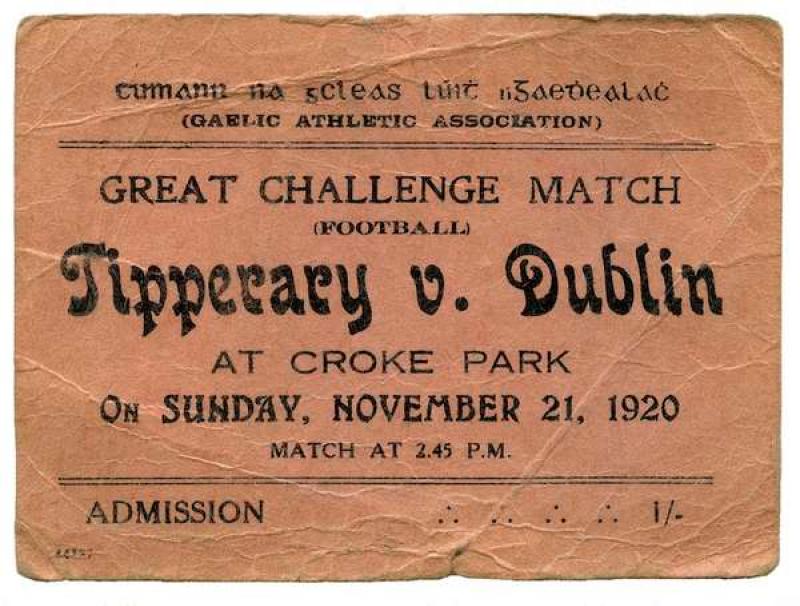 On November 21, 1920 14 people went to Croke Park to watch a game and never came home. The GAA remembers the victims of Bloody Sunday this weekend.

They have released a poignant video to mark the occassion.

In Croke Park on November 21, 1920 the Dublin and Tipperary football teams lined out for a great challenge match. Spectators filled the grounds, completely unaware that the RIC were mobilising, intent on carrying out an act of deadly retribution for the earlier assassinations of British intelligence agents by Michael Collins’ Squad. 10 minutes into the game, shots rang out. The firing lasted for 90 seconds, killing 14 civilians and injuring 60 more.

This weekend Tipperary footballers will mark the 100th anniversary of Bloody Sunday by wearing a 1920-style jersey for their Munster final clash against Cork. The green and white jersey was worn by the Tipp men a century ago when they played Dublin in Croke Park on November 21.