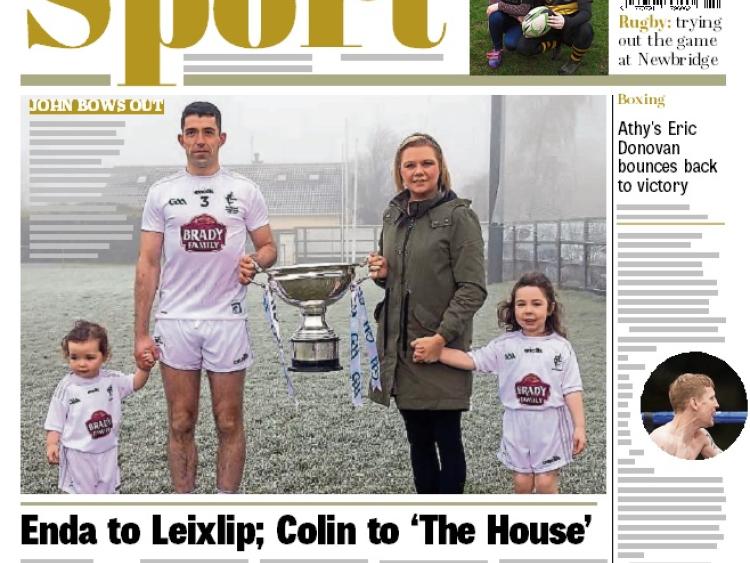 John Doran hangs  up his inter-county hurley after giving sterling service culminating in regaining the Christy Ring Cup and gaining promotion to the 2013 Joe McDonagh Cup.

With the Leinster minor football and hurling championship about to resume this weekend we preview the footballers clash with Louth which takes place on Saturday at St Conleth's Park (12.30) while the hurlers play Offaly on Sunday, also in St Conleth's, a game that throws in at 12 noon.

Two Picture Specials: We visit Newbridge Rugby Club where lots of boys and girls are learning the basics of the the game; while we also travel to Kilcock Celtic, take a look as they go through a training session having just opened their fabulous new facilities.

Usual extensive report from Newbridge Dog Stadium for the weekly report with pictures.

Golf is up and running, we carry the week's results from the Fairway.

Another busy week on the racing front, we look at the Kildare Racing scene with all the local news; along with this week's racing fixtures.

A chat with Craig Ronaldson who has returned to where his rugby career began at Forenaughts, Naas, as he recalls his successful stints with Connacht and much more besides.