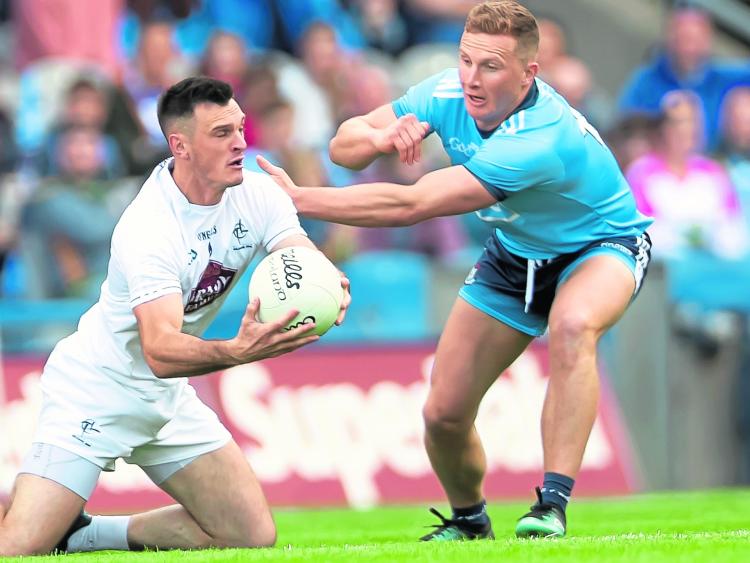 I blame it on the coronavirus, or more precisely on the various lockdowns we have gone through over the last (how long is this going on at this stage) eight, nine months or whatever.
What has me really wondering though concerns Lockdown number 2, the one that only involved Kildare, Offaly and Laois.
Was it a dry run I wonder to myself.
A dry run for what I can hear you say.
Well it's a bit of a long story.
But over the past few weeks — not sure how it took so long in many respects — but suddenly people in the sporting world are beginning to question the dominance of The Dubs.
Why it has taken all this length of time begs another question but anyway some folk of influence (allegedly I hasten to add) are wondering aloud what is going to be done to halt The Boys in Blue.
Five Sam’s on the trot and barring the upset of the decade that will soon be six. Add in 16 of the last 20 Leinsters — which includes the last ten in succession — the word dominant is hardly strong enough to describe it, but no matter.
Of course we have seen other counties dominate in both hurling and football, Kerry and Kilkenny spring instantly to mind, but for some strange reason none of the so called ‘influencers’ earned a crust calling on something to be done to halt the dominance of either.
But these days it's all about The Dubs and you wouldn’t believe some of the suggestions that have been getting air and print time to halt their supremacy.
I think it was the schoolmaster from The Royal County who came up with the idea of certain neighbouring counties joining together in search of Sam.
And while he didn't go as far as to suggest which counties would link up, nevertheless, and while I don't know what his favourite beverage is (if one at all) the first thing that came to mind was the man from Meath had hit the bottle.
Suddenly the mind takes a ramble back to Lockdown 2 — the one that lumped The Lilies, The Faithful and The Queen's counties together..
Now you see where I’m coming from.
Was that a dry run?
Was the Doc Holohan on a mission for the GAA?
A dry run for something coming down the line in an attempt to halt The Dub dominance.
I tell you one thing.
The day The Lilies, The Faithful and The Queen's counties line out, as one, is the day to call the fellas with the white coats.
The thought of it.
Shouting for Offaly and/ or Laois just does not bear thinking about; no disrespect or anything like that, but there is only so far a fella can go.
And I don't care if The Dubs win the next 20 All Irelands.
But be on your guard, if the schoolmaster from Meath can come up with such a ridiculous suggestion, then anything is possible.
Pandemic or no pandemic; silly season or no silly season, this is simply a step too far.
Remain vigilant!