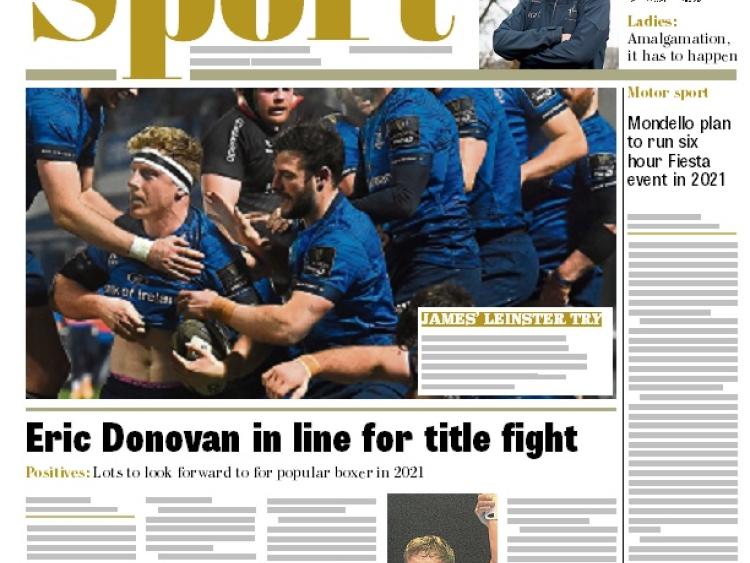 In this week's Leinster Leader, in the shops now, Arthur Corrigan, long time Kildare Ladies official chats with Tommy Callaghan on his various roles in Ladies football, and insists that the proposed amalgamation of LGFA, camogie association and the GAA "has to happen."

Other topics touched on include a meeting between all three bodies after the second lockdown, a meeting Arthur describes as a big step in the right direction.

The Ladies inter-county scene is also discussed; the recent controversy over the venue for the All-Ireland Ladies senior semi final ... and much more.

Boxing: Eric Donovan in line for that much sought-after title fight as the Athy man links up with Bearing Point as that blue chip company's Health and Well-Being Ambassador.

2020 Senior Hurling final put back to later in the year.

Racing: Curragh trainer Ger O'Leary gets New Year off to the perfect start.

Leinster Leader, in the shops now.