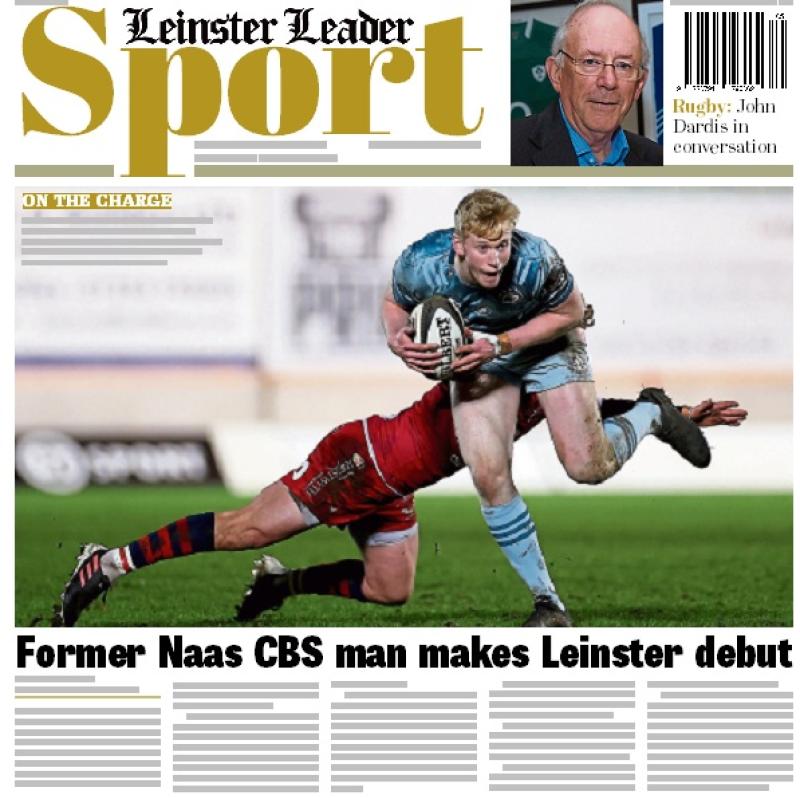 At just 19-years of age, Jamie Osborne made his debut for Leinster in last weekend's Guinness PRO14 clash against Scarlets in Wales. The former Naas CBS man came on for his first cap early in the second half, and made an instant impression in what was a thoroughly convincing display from Leo Cullen's team.

In this week's Leinster Leader we talk to Jamie on his experience as he knuckles down over the next few weeks and months for, hopefully, more action with, as he says himself "some of the best rugby players in the country."

John Dardis reflects on his life from a sporting perspective. From his days with Old Kilcullen and the amalgamation with the Curragh to form Newbridge RFC; his refereeing days and much more.

Racing: Mark Walsh chalks up his second ever four timer; we look back on the last week of racing in our weekly Kildare Racing News feature.

Canoeing: Tom Egan picks up top award for his 50 years of dedication to the sport while Jon Simmons undertakes the 7x7 Challenge for the Jigsaw Charity.

Greyhound Racing: our weekly in depth look at all the action at the Newbridge track.