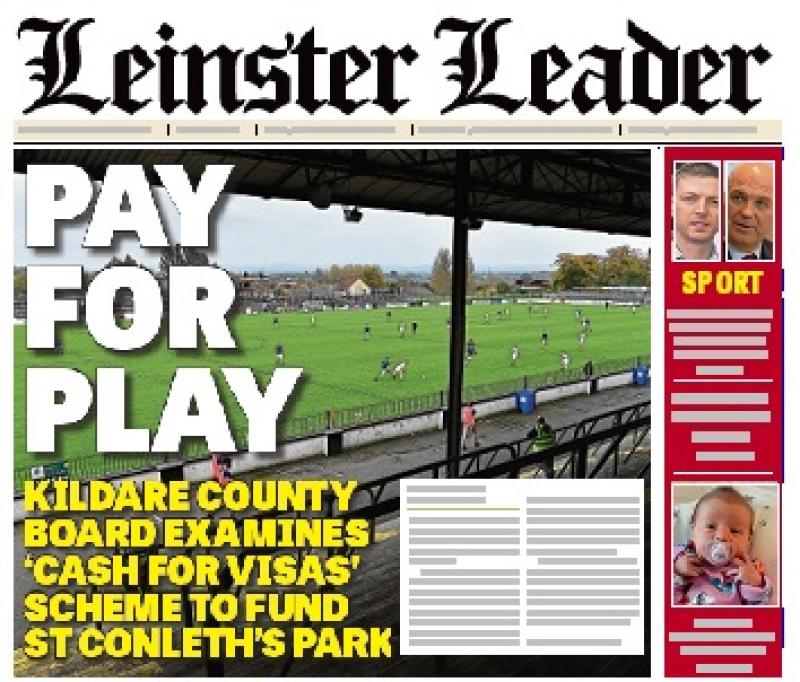 Delegates at the February meeting of Kildare Co. Board were informed that while grant funding from Croke Park and Leinster Council is currently at a stand still, the board is 'thinking outside the box' in a bid to get the project up and running.

The meeting was told that a government initiative titled the Immigrant Programme Programme is being looked at presently to gain additional funding to the already secured Government funding, the board's (Kildare GAA) own in-put of substantial savings along with bank loans, already negotiated, and the expected GAA grants.

Lilies turn to Dub's, on the double.

Comment: Alan D does his own version of Tony H (Tommy Callaghan);

Our weekly Kildare Racing scene, plus a look back on the Dublin Racing Festival.

All that and much much more in this week's Leinster Leader, in the shops now.