CHELTENHAM TIPS FOR DAY 3 OF THE 2021 FESTIVAL 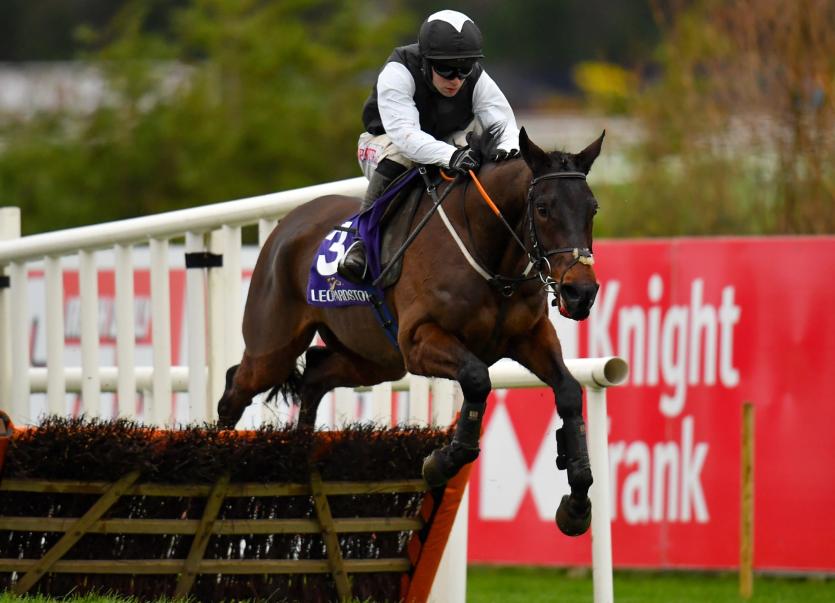 Nothing is good enough to beat ENVOI ALLEN (4/6) in this race. He has been the top horse in this sphere all year and looks like something special. The late switch of yards shouldn't pose any issue and Henry De Bromhead has already been in the winner's enclosure this week with Honeysuckle. This race was won by Samcro last year for this horse's former trainer Gordon Elliott and is unbeaten in 11 runs under rules. He won the Ballymore over hurdles at this meeting last year and has been imperious over fences, winning three on the spins at his ease. He'll do the same this time and the value is in finding the horse to follow him home. I think it will be FUSIL RAFFLES for Nicky Henderson. He was a decent hurdler, albeit outclassed in 2020 Champion Hurdle but has won three from four over fences, including a good win over Lieutenant Rocco and Chantry House at this course on similar ground back in December. You can get 11/2 for Fusil Raffles in the betting without Envoi Allen market and that's good enough for me.

This is a good renewal of this race and Imperial Alcazar and The Bosses Oscar are very interesting at the top of the market but I have to go for value here in the form of SPIRITOFTHEGAMES (20/1). If you're taking the old mantra of horses for course, this lad is made for Cheltenham and has been thoroughly consistent here. He's run here nine times and been in the front three on five occasions. Unfortunately, he has never won at the track but consistency is desirable in these handicaps. I liked what I saw on his most recent run when he was second to Paul Nicholls' Blackjack Kentucky at Chepstow on soft ground. That was a warm-up for this and I think he'll go well. He could finally get his head in front at Prestbury Park.

This is a very tough race to pick apart with plenty of horses with chances. Imperial Aura won at Cheltenham last year while Min won this very race at the festival. I'm tentatively going for FAKIR D'OUDARIES (8/1) for Joseph O'Brien who is very consistent at Cheltenham. He might have won the Arkle last year had he not clattered the second last fence and the only thing he's done wrong this year is bump into Chacun Pour Soi at Leopardstown in February. He looked back in good fettle that day having been off colour at the same track at Christmas. I'm happy to draw a line through that run and focus on his Cheltenham form. He won here, finished fourth in the 2019 Supreme and second in the Arkle last year. He was beaten by Notebook at Naas last November but reversed that form last time out, which I was pleased about. You can't compare him to Chacun Pour Soi but he chased him home honourably and gamely. This trip and the ground should suit him perfectly in this race.

The Stayers Hurdle takes centre stage on Thursday and in the lead-up to the festival was being billed as a match between Thyme Hill and Paisley Park. That was until Thyme Hill was withdrawn and now everyone else is aiming to take out the 2019 winner of this race, Paisley Park. I think we can get him beaten, as he was last year. If ever a horse was named for the Irish at Cheltenham, even though we're not there, it is FLOORING PORTER (8/1) for Gavin Cromwell. The Meath trainer is no stranger to Cheltenham glory after training 2019 Champion Hurdle winner Espoir D'Allen and Champion Hurdle third Darver Star in 2020. The Stayers is a funny old race and had a 50/1 winner last year, and a 12/1 and 10/1 winner in 2018 and 2017 respectively. The favourites can falter in this race so it's worth delving deeper into the field. That's why Flooring Porter is a good eachway bet at 16/1, not to mention his strong form. He made a very good impression in beating The Bosses Oscar at Navan last December but really announced himself in this sphere with a six-length success over The Storyteller in Leopardstown's Christmas Hurdle. He made all that day and could employ similar tactics to run the legs out of his opponents at Cheltenham.

It's very hard to look past THE SHUNTER (9/2) in this was Emmet Mullins. He has been handed a lovely weight based on his run behind A Wave Of The Sea at Leopardstown last month. He carried nine-pound more than the winner that day and was just four lengths back in third. He carries two pound lower than the same rival here and will also have seven-pound claimer on his back to further lessen the load. It all points towards this horse who prepped for this with a win at Kelso on March 6 and will be one of those Irish hotpots, I have no doubt. There are plenty of dangers like Farclas for Denise Foster and Coole Cody so it should be a very good race.

I like the Henry De Bromhead second string in this race in the shape of MAGIC DAZE (25/1). She has very little experience so it is a risk but she won her point-to-point over three miles before finishing 18 lengths third to Gaillard Du Mesnil at Leopardstown in her first crack under rules and readily getting off the mark with a nine-length success over No Fame No Game at Clonmel in January. She's been held over since which suggests to me she has a big chance in this and is highly thought of. Henry's first string is Telmesomethinggirl and will be popular under Rachael Blackmore. Magic Daze will be close to the pace and I think she could be coming home better than an awful lot of her more fancied rivals up the hill. It's worth the risk at the price in any event.

I am slightly surprised STORM CONTROL (16/1) is such a big price for this on foot of two Cheltenham wins recently. He is one of Kerry Lee's stable stars and has been in good form. He has an entry for the Grand National but is unlikely to get into the race but is a stout stayer nonetheless and a horse with plenty of potential. He's only run above three miles on three occasions and won twice, both here at Cheltenham late last year. This 3M 2F trip will be ideal on this ground will be a proper test and he'll be well suited to it.

SELECTIONS AT A GLANCE: