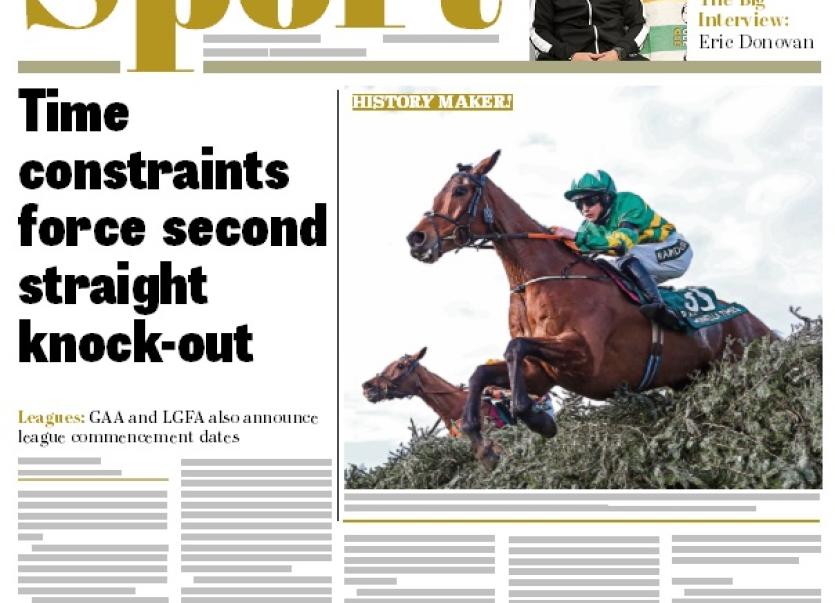 Dates for commencement of Allianz Leagues and championship announced.

The Big Interview: Athy native and boxing hero, Eric Donovan, talks about his early life and all things boxing; the influence St Michael's Boxing Club and in particular the huge influence coach Dom O'Rourke had on him; his decision to turn professional at the age of 31 and the changing of his backroom team brining in a new Head Coach as he prepares to go into battle for a European title in four weeks time. A no holds barred interview from one of the country's most popular sports persons. (Tommy Callaghan).

Racing: Rachael icing on the cake as Irish dominate Aintree Grand National, plus our weekly look back on all the Kildare Racing News.