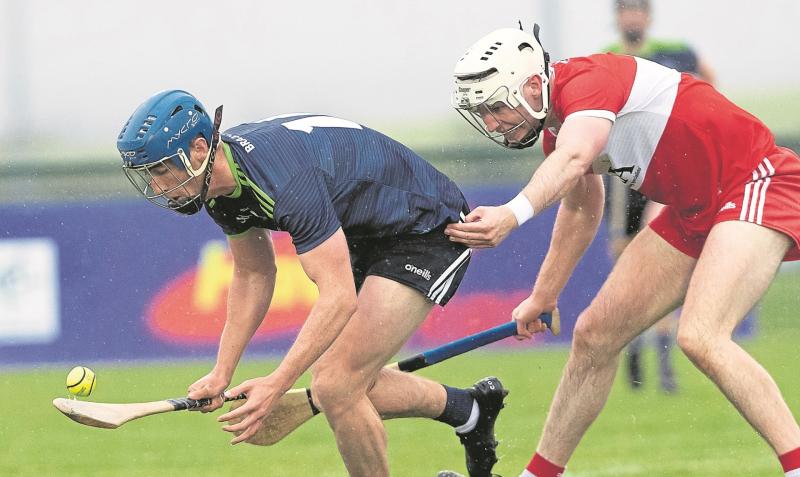 Kildare edged a step closer to promotion from National Hurling League Division 2B with a comfortable 15-point success against Derry at the Kildare Centre of Excellence in Hawkfield on Sunday afternoon.

Thanks to results elsewhere on the same day, the Lilywhites are currently at the summit of the table - ahead of Mayo and Donegal on score difference. Crucially, they have a game less played than the latter duo and will be brimming with confidence ahead of Sunday week’s trip to Roscommon.
Stationed at left half-forward, former county footballer Johnny Byrne came away with a superb personal tally of 3-4. James Burke made it three goals in two games for the season courtesy of a clinical 29th minute strike, while Paul Divilly and Brian Byrne emerged with three points apiece to their names.
While this was always expected to be a step-up, the Lilies sought to hit the ground running in the same manner as they had done in their comprehensive triumph over Donegal. Just six seconds were on the clock when Divilly split the uprights on the run and the Confey midfielder added to his haul in the fourth-minute.
Their Oak Leaf counterparts meant business during the early exchanges and none more so than Slaughtneil full-forward Brian Cassidy. He registered three majestic points from play to edge the Ulster men in front on a couple of occasions, before Johnny Byrne, Brian Byrne and Jack Sheridan (a late call-up for Naas colleague Shane Ryan) registered unanswered scores in a mini scoring burst for Kildare.
A Cormac O’Doherty free left Derry a single point in arrears at the first water break (0-6 to 0-5) and the action remained tentative for large spells. Kildare’s lead stayed at one, before Burke finally created some daylight on 29 minutes.
After superbly gathering a long delivery on the edge of the square, he fired beyond the reach of opposition custodian Oisin O’Doherty. A majestic Cassidy sideline cut briefly halted Kildare’s momentum, only for the probing Tadhg Forde to release Johnny Byrne for his maiden goal of the tie.
This major arrived just two minutes after Burke had rattled the net and played a big part in propelling the Lilies into a 2-10 to 0-10 interval advantage. A torrential downpour greeted the two teams on the resumption and Kildare - unsurprisingly, given their familiarity with the venue - were the ones who adapted better to the adverse conditions.
In the space of just under three minutes at the beginning of the second half, Forde, Johnny Byrne and substitute Ryan raised white flags to leave Derry with a mountain to scale.
One man who was up for the fight in the northerners’ camp was the excellent Cassidy. He once again dissected the posts off a sideline to enhance his already-impressive individual haul.
This did keep Kildare on their toes but, in the blink of an eye, they effectively placed the final outcome beyond all doubt. Johnny Byrne was showing no signs of slowing down and he effortlessly completed his hat-trick with emphatic close-range strikes in the 42nd and 44th minutes.
Now 14 points to the good, Lilywhites manager Herity was once more able to dip extensively into his substitutes’ bench. In their first acts upon being introduced, Cathal McCabe executed a neat pass into the path of Conor Dowling for his three-pointer on the third-quarter mark.
Cassidy had temporarily disrupted Kildare’s flow with another point from play and his brother Shea also got his name on the scoresheet, but it was damage limitation for Dominic McKinley’s side at this stage.
Kildare continued to play with great freedom around the middle-third, with further scores from Brian and Johnny Byrne being perfectly complimented by Confey duo Colm Chan and David Slattery.
Clane netminder Paddy McKenna was perilously close to achieving a second clean sheet for 2021, until Cassidy bagged the goal that his performance deserved with a fine finish from a tight-angle deep into stoppage-time.
This was only a minor blot on the copy book, however, as Kildare made amends for their costly draw to Derry in last year’s league encounter and their defeat to the same side at St Conleth’s Park in 2019.