Every players is fighting for a jersey 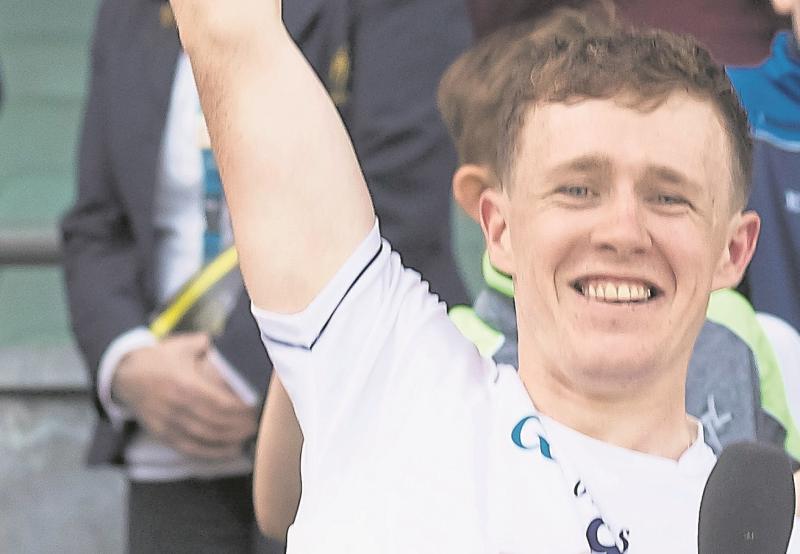 Nothing has changed in the way we approach games, we are taking each game as they come and while we must go to Mayo now and get a result next Saturday, nothing has really changed.

The words of Kildare hurling captain, Brian Byrne, following his side's emphatic win over Roscommon in Hyde Park on Sunday last and with the way other results went, particularly Derry beaten Donegal, it means Kildare must get a result against Mayo in the final league game this weekend, that will decided who is promoted to Division 2A come 2022.

Kildare look a stronger side this year, even from last year when they won the Christy Ring Cup and Brian Byrne says it is down to the manager, David Herity, getting the team to play the way he wants us to play, in this his third season in charge.

A big fact, insists the Naas man, is that clubs have bought into Kildare this year, unlike other seasons.

"It's probably the first time in a long time that some players had to be told, sorry we can't bring you, and that has to be positive; it helps the mentality, boosts the training every night, that is probably the biggest change between this season and former seasons."

Byrne admits that the return to the panel of Johnny Byrne and Declan Flaherty is a huge boost while the return of Gerry Keegan is another big plus; he was away for two years, came back last year, did his cruciate but now is back flying again.

"When you have the likes of those lads back in it brings everything up to another level and it makes for a really strong bench; there are lads now that can't make the match day panel of 26, they are disappointed but that will spur them on and ensures that come Tuesday and Thursday when training, everyone is putting their heads down as they want to progress, make the panel, make the team, so yes, all very, very positive."

The captain admitted that since he joined up with the Kildare hurlers he had never experienced that sort of situation. Up to now some lads were comfortable in the first XV; others were comfortable to make the panel but no one is comfortable anymore; everyone knows that if they don't perform, there is a lad just waiting to step in, waiting to get the chance and that is the difference and it's great to be honest."

The big scores that Kildare have been clocking up mean nothing now the way things have panned out with Saturday's clash with Mayo simply a winner (or draw in Kildare's case) takes all and promotion to Division 2B.

"In many ways it has been a strange league, teams that you would expect to defeat others simply have not; we are the only unbeaten team in the league and we now have to ensure we remain that way against Mayo which really is a final, we just have to put our heads down and ensure we get the result on the day."