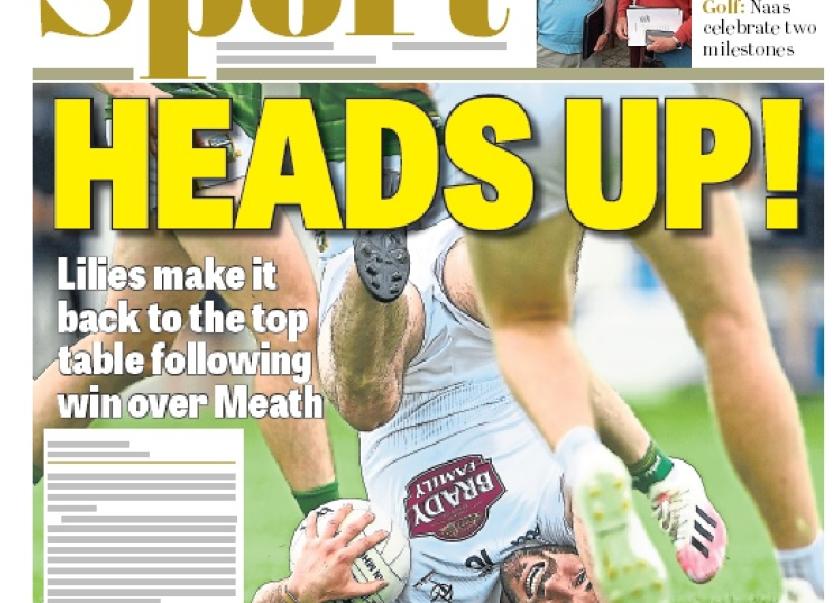 Extensive report, reaction, views and comment on the big game.

Memorable weekend for Lilies on all three fronts (Tommy Callaghan);

Kildare Ladies are into the Lidle NFL Division 3 final and a meeting with rivals Laois.

As the Kildare senior football league gets under way we have reports from all the big games including the Newbridge derby between Moorefield and Sarsfields.

Golf: Big day for Naas as they celebrate on the double, while Cill Dara retain their Pierce Purcell crown.

Athletics a look back on another busy week on the track.

Racing: Another great week for all involved in racing in Kildare.

Dogs: weekly report on all the happenings at Newbridge Stadium.

Soccer: Continuing our KDFL build-up to the new season. This week we look at Monread FC; Allenwood Celtic and Straffan AFC.

All that and much more.

This week's Leinster Leader in the shops now.