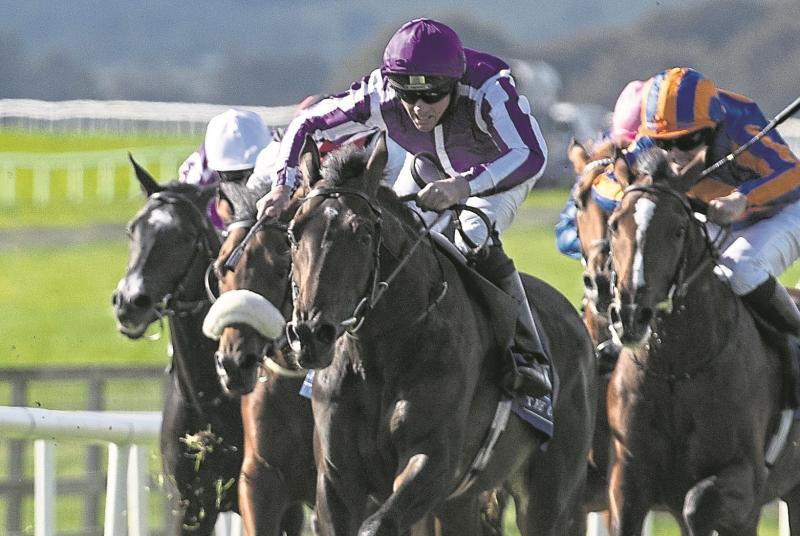 A total of 17 horses have been declared for Saturday's Dubai Duty Free Irish Derby at the Curragh, following this morning's entry stage.

English Derby runner-up Mojo Star, trained in Britain by Richard Hannon, is set to renew rivalry with the Charlie Appleby trained Hurricane Lane and Mac Swiney trained by Jim Bolger who finished third and fourth in the Epsom Classic.

Likely favourite High Definition will head a strong Aidan O’Brien team and look to give his trainer an unprecedented 15th success in the race. His other entries include Van Gogh, Woodsworth and Sir Lamorak.

Lone Eagle will represent British based trainer Martyn Meade who will be ridden by Frankie Dettori, while the Luke Comer trained Seattle Sound and Taipan trained by Jessica Harrington also feature among the entries.

Fernando Vichi will look to give Donnacha O’Brien his first Derby winner as a trainer having won the race as a jockey with Latrobe. Southern Lights is set to represent his brother Joseph.

Recent Heider Family Stables Gallinule Stakes winner Earlswood will be a first Irish Derby runner for Curragh based trainer Johnny Murtagh, who landed the race four times as a jockey.

The top class 8 race programme which starts at 2pm also features the GAIN Railway Stakes with 20 entries currently, including the unbeaten Castle Star and Dr Zemph.   A strong British trained team for the Group 2 contest includes the Richard Hannon trained Dukebox and recent Norfolk Stakes runner-up Go Bears Go who has been supplemented into the race by trainer David Loughnane at a cost of €10,000.  Pinar Del Rio, Hadman, Masseto, Twilight Jet and The Acropolis are other notable entries.

True Self, Dawn Patrol, Thunder Kiss and Cadillac feature among the entries for the ARM Holding International Stakes.

Sunday’s feature is the Alwasmiyah Pretty Polly Stakes and this Group 1 contest has attracted Tattersalls Irish 1000 Guineas winner Empress Josephine who is one of 13 entries. Santa Barbara and Group 1 winners Pretty Gorgeous and Shale also feature. Trainer Willie McCreery has supplemented two entries into the race at a cost of €25,000 each with Epona Plays, winner of her two starts this year and Insinuendo, winner of a Group 3 at Naas earlier this year.

There are 18 entries for the Group 2 Comer Cup International Curragh Cup including Group 1 winners Search for a Song and Santiago, while Amhran Na Bhfiann, True Self, Tiger Moth, Raa Atoll and Questionaire are other notable entries.

Hermana Estrella, Impeachd Alexander, Velicidad and Yet are among the 12 entries for the Group 2 Airlie Stud Stakes, while a strong British trained challenge is likely in the Paddy Power Rockingham Handicap five entries including Caspian Prince and Edraak.

The Dubai Duty Free Irish Derby Festival kicks off on Friday with the first of 7 races at 4.30pm featuring the Bord Na Mona Recycling Apprentice Derby