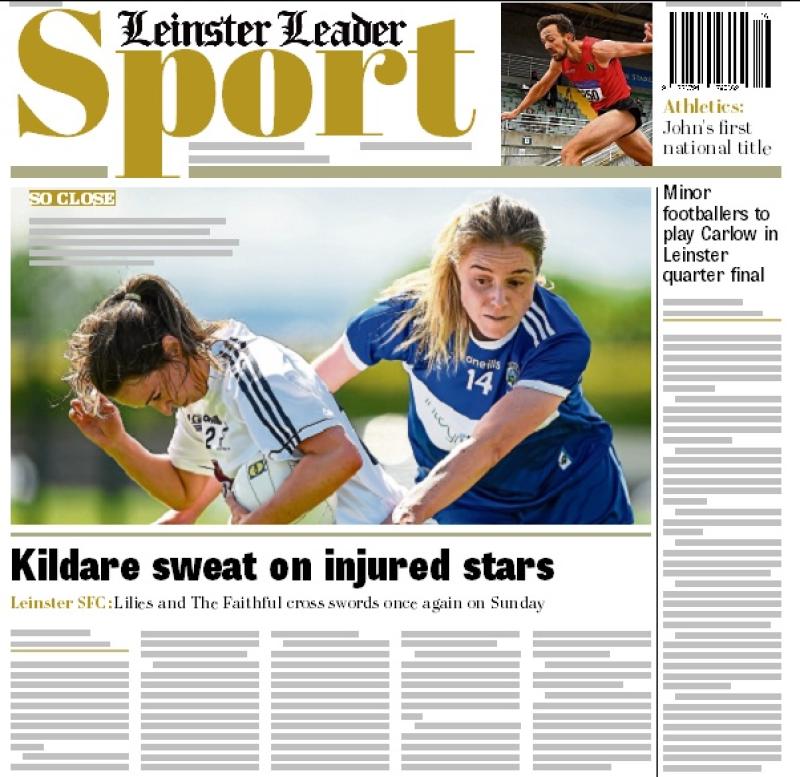 We look ahead to Sunday's big game in Portlaoise when Kildare open their 2021 Leinster Senior Football Championship campaign, against Offaly, who defeated Louth last weekend.

Exclusive interview with Kildare injured star Paul Cribbin, who will be out of action for some time after a bad leg injury picked up against Meath in the League semi final.

Kildare sweat on their injured stars being back fit for the big game, including this season's top scorer Jimmy Hyland.

Kildare hurlers may have been beaten by Carlow in the Joe McDonagh Cup but there were many positives to be taken from the game as team manager insists his team are maturing brilliantly.

Good win for Kildare minor footballers who will now take on Carlow in the Leinster MFC quarter final in two weeks time.

Kildare ladies lost out on promotion by a single point, as Laois once again prevail.

Extensive reports from the Senior Football League will all  the upcoming fixtures.

Racing: a look back at racing in Kildare as local trainers enjoyed a fruitful Dubai Duty Free Irish Derby Festival.

Golf: All the results from the Fairways.

Dogs: Extensive report from the weekly meeting at Newbridge Stadium.