Kildare minors too strong for Carlow

Dublin next up in Electric Ireland Leinster MFC semi final 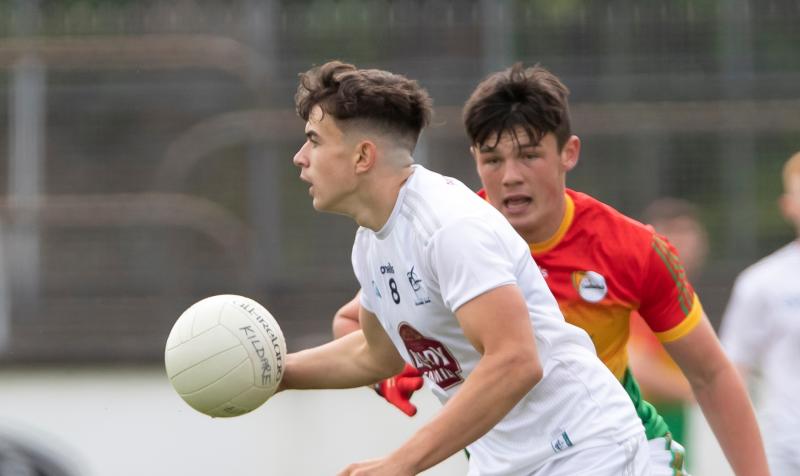 Kildare minor footballers romped to a 26 point over Carlow to book a place in the Leinster semi final and a meeting with Dublin in two weeks time.

Played this afternoon at St Conleth's Park, Newbridge, this afternoon, Kildare took the lead in the fourth minute and never relinquished it from there on. Carlow were competitive for a lot of that opening half but they lost a man (Kyle Foley) to a black card, having already picked up a yellow, in the 28 minute and at that points the score was 0-6 to 0-3 but within four minutes had conceded two goals, Colm Dalton and a Gavin Thompson penalty to leave the half time scorer eading Kildare 2-8 Carlow 0-3.

Just like the opening half Carlow got the opening point of the second, but four wides on the trot did nothing for their cause and when Mark Gibbons burst through the middle, before burying the ball in the back of the Carlow net on 38 minutes that was it and what ever chance Carlow had evaporated from there on.

The Lilies now meet Dublin in two weeks time in the semi final.