McDonagh Cup: Kildare give it their all but go down by a point

Lilies not face into a relegation dog-fight next weekend 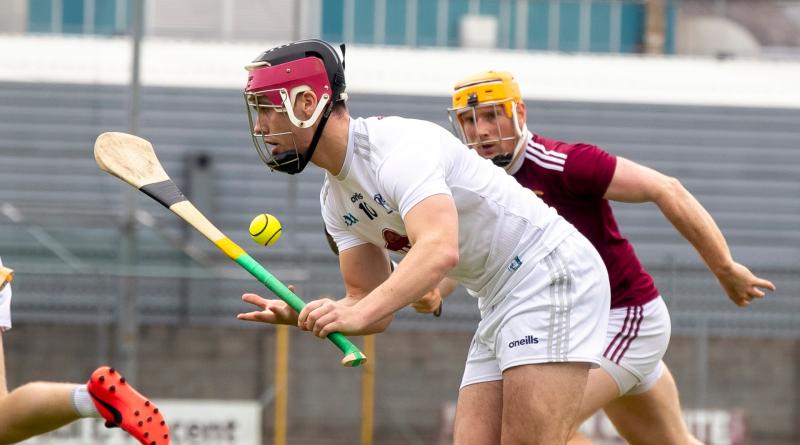 An incredible week for Kildare hurling ended in pride and heartbreak at TEG Cusack Park this afternoon, as David Herity’s seniors came agonisingly close to a first ever victory for the county in the Joe McDonagh Cup, only to be undone by a stunning late winner from veteran Westmeath substitute David McNicholas.

In an end-to-end contest where the biggest lead of the game was Kildare’s 0-7 to 0-2 advantage after 20 minutes, the remainder of the first half was the only period of the game where Westmeath were comfortably the better side – but unlike Kildare, who were guilty of inaccurate shots and passes in key areas throughout the game, the home side really made their advantage pay in that period, taking a 1-9 to 0-9 lead into the dressing room at half-time.

Ciarán Doyle fired in the Westmeath goal after being set up by Niall Mitchell, while Mitchell went on to raise a green flag of his own in the second half.

Kildare were entitled to feel very hard done by not to be at least level at the interval. Paul Divilly and Brian Byrne had shot some excellent points from distance, while defensively they were superb in a lot of phases, with Simon Leacy the pick of a the bunch in a sextet that racked up the turnovers won in close contact. However seven wides, two shots dropped short and a series of giveaway hand-passes were to take a heavy toll.

Kildare’s second half performance was right out of the top drawer as they controlled the physical battle and earned the lion’s share of possession, but paid the price for their relative lack of goal threat. Westmeath had up to half a dozen goal chances in this game if you were to count misplaced passes within 25 metres of the Kildare goal, and they took two of them. Realistically Kildare only created two, a Brian Byrne drive that was well saved by Noel Conaty, and Jack Sheridan’s equalising score in the 68th minute that left it 2-15 to 1-18.

Even from there, the action was heart-stopping right up until the final whistle. Kildare needed a one-point win (while scoring at least 21 points, which was guaranteed by now) to avoid a relegation showdown next Saturday, and that became their target as opposed to the four-point victory that would have put them into a Joe McDonagh Cup final.

Killian Doyle edged Kildare in front, a superb strike from Paul Divilly leveled it, Doyle and Sheridan again traded points before McNicholas popped up right at the death for the winner.