End of the road for gallant Kildare U20 hurlers

Offaly take charge in the second half 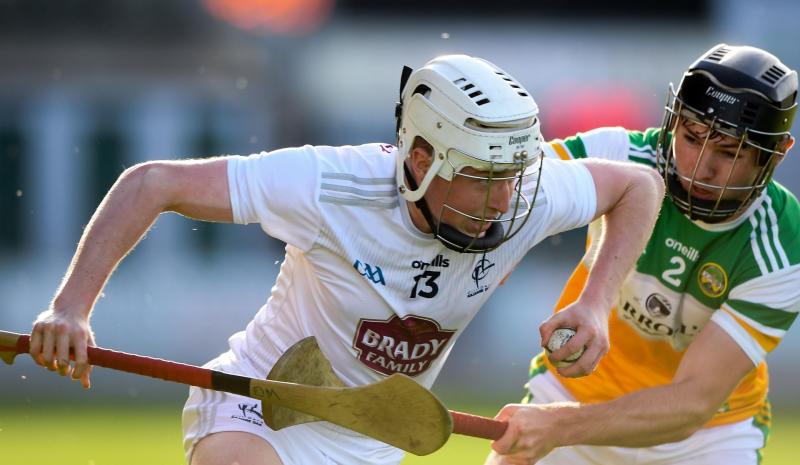 Daragh Melville of Kildare in action against Peter Cleary of Offaly during the Leinster U20 Hurling Championship Quarter-Final match at O'Connor Park in Tullamore, Offaly. P

Gallant Kildare U20s bowed out of the Leinster Championship this evening, going out in the end to a rampant Offaly who took control after the break running out comfortable winners in the end on a final score of Offaly 2-25 Kildare 0-16.

The opening half was a cracker and Kildare more than holding their won with Liam Dempsey showing all his free taking skills hitting nine as the sides went in 0-11 apiece.

Offaly probably learned their lesson of that first half and their free count against them considerably reduced on the resumption. Dempsey picked up an early knock and did not seem the same after it.

However there is no denying Offaly's second half superiority and while the final score line was definitely harsh on Kildare, Offaly deservedly march on.