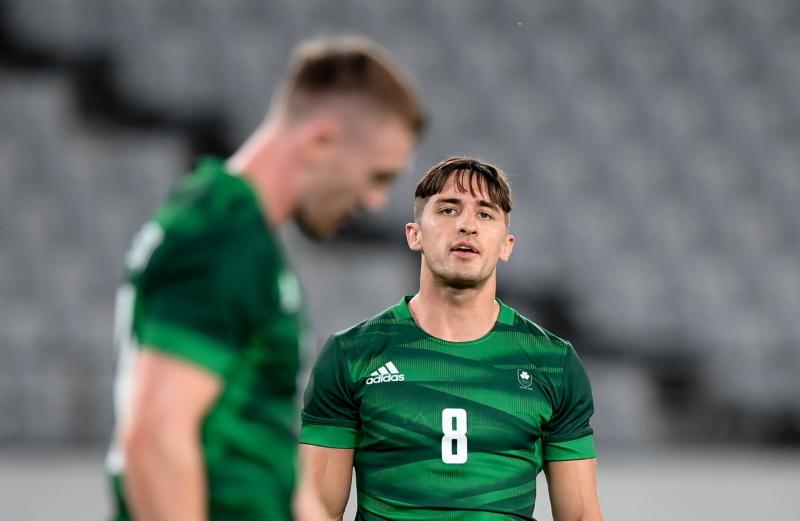 It was a bittersweet first Olympic win for Naas' Billy Dardis and the Irish Rugby Sevens squad at Tokyo Stadium today as, despite securing their first win of the Games, it just was not enough to see them through to the quarter-final stages.

Having lost out to South Africa and USA in their opening pool games on Monday, Ireland came into today’s clash with Kenya with the knowledge that they had to win by at least eight points in order to progress. Unfortunately, they did not secure the eight-point margin needed to qualify, and now go into the placing games where they face Korea later today.

Early on, it looked like the dream was firmly in the bag, as an immense defensive effort throughout kept the Kenyan attack at bay, while Hugo Lennox and Harry McNulty were on hand to score two first half tries to see Ireland into a 12-0 lead at the break. A solid second half defensive display from the Irish kept the pressure off, but they were just unable to add more to their tally at the other end and, with 47 seconds to play, Kenya delivered the death blow, crossing the line for a converted try. Time ran out on Ireland, and though they won out 12-7, it was not enough to qualify.

Speaking afterwards, Harry McNulty stated: “Nobody really wanted this scenario unfortunately with the points difference. It’s disappointing. I think we really should have won that game by a whole lot more. If we had one more score on the board, or if we didn’t let them in, we would have gone through to the quarters.

“Realistically, if we had played at our best the last two days I think we would have been well and truly in there and have a really good shot at putting ourselves up for some sort of medal. It’s just disappointing because we know we’re so much better. It’s probably one of the lesser performances of our careers. I don’t know what’s really going wrong, but we’re not firing on all cylinders. It’s just simple errors. It’s really small errors, but at this level, particularly at the Olympics, those errors will cost you.”

Ireland will have two more games in the 9th-12th placing stage. They will play the Republic of Korea later today, with the winner of that playing the winner of Kenya v Japan for 9th place tomorrow.