Maynooth give it their all but lose out by two 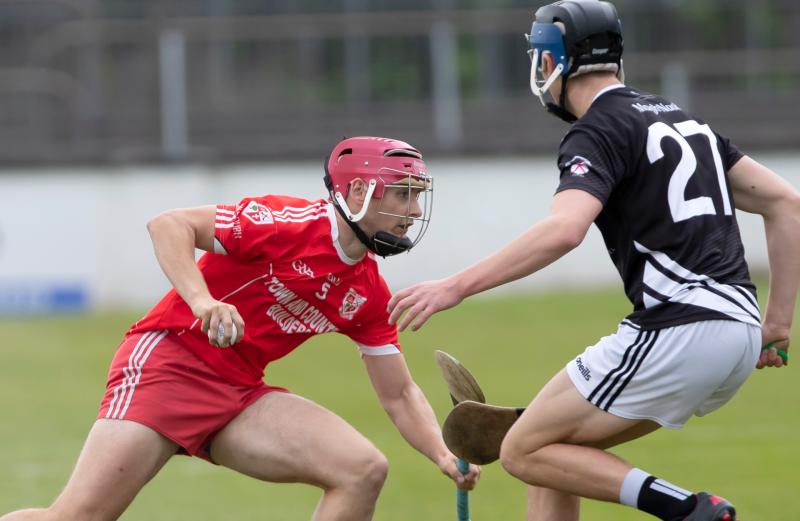 Coill Dubh retained their senior hurling status for 2021 following a two point win over Maynooth at St Conleth's Park, Newbridge, this evening. However, the boys in red and white were made to work extremely hard throughout in a game that ebbed and flowed one way and then the other.

Maynooth led at the break 0-9 to 0-5 but on the resumption Coill Dubh took complete charge knocking over 1-9 to lead at the second water break by seven points, 1-14 to 0-10.

When play resumed it was Maynooth who took charge with eight points on the trot to take a one point lead.

Coill Dubh did not panic and finished the stronger adding on four points before Cian Forde got the final score of the game for Maynooth bit it was not enough as Coill Dubh took the honours on a final score line of 1-18 to 0-19.