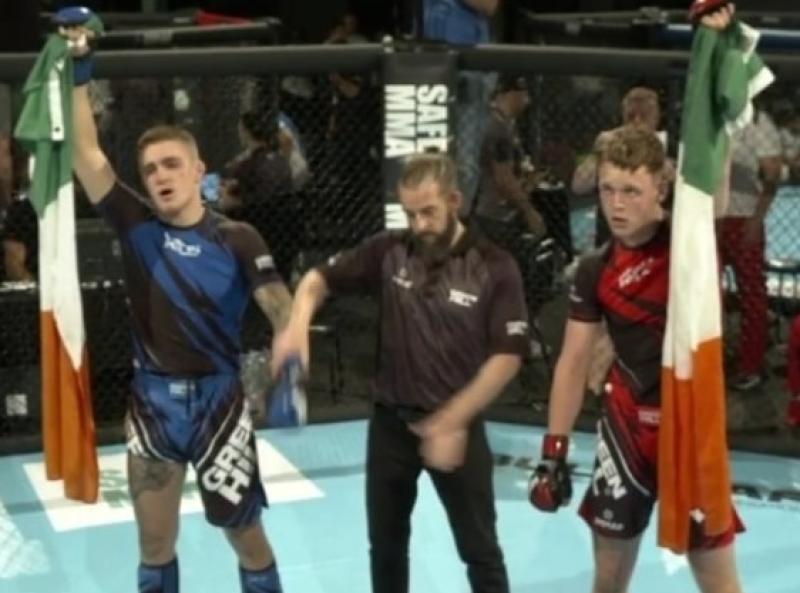 The 17-year-old beat Jordan Scully of SBG Tullamore in an all-Irish welterweight final in the Youth A (age 16/17) category.

Lally took the decider in a quick minute and a half, winning by arm-bar in the first round of a final which saw Ireland guaranteed gold and silver. On a packed day of action in Sofia, Bulgaria, he decisively won three earlier match-ups to make the final, beating Billie Merreighn of the USA by decision; and taking submission victories over Danil Kapustin of Russia and Hod Maman of Israel.

The talented young prospect, who will shortly turn 18, is the oldest of three teens to represent the Kildare gym at the world championships.

His Naas team-mate Alex Keogh took bronze in the Youth A bantamweight division, taking a unanimous decision and two submission wins to earn his semi-final spot, before losing out in a hard-fought match-up with eventual Bantamweight champion David Ozmanyan of Russia.

Twenty-seven young Irish athletes, between the ages of 12 and 17, travelled to Bulgaria last week for the competition, with SBG Naas’ Sergey Pikulskiy also serving as the squad’s wrestling coach.