Kildare GAA: Senior and Intermediate football action gets under way

Preliminary Round in both football championships this weekend 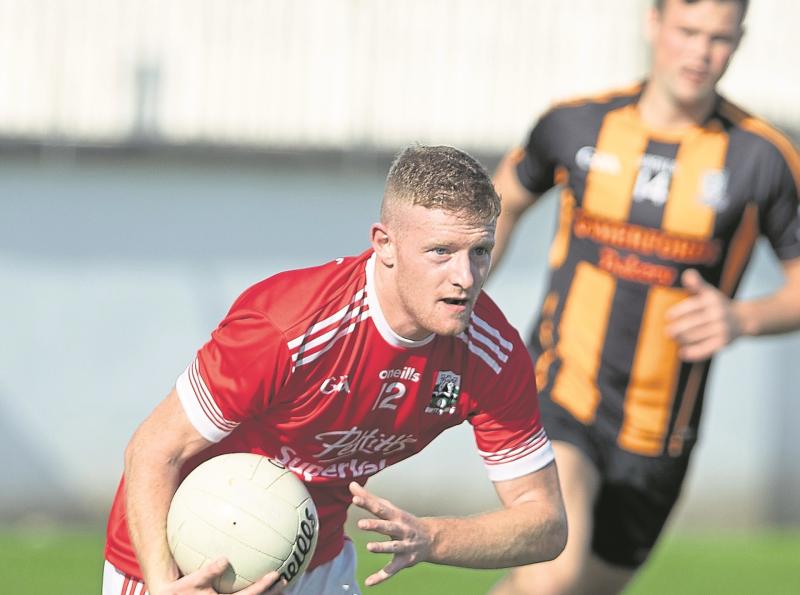 The club scene goes up a few notches this weekend with the Preliminary round of the Joe Mallon (Renault) Motors 2021 SFC down for decision, with eight games being played over Saturday and Sunday. The Auld Shebeen IFC also throws-in on both days.
Following this weekend's games the sixteen teams in each grade will be put into four groups, A, B, C and D; two winners and two loser groups.
The top two in Group A and B, go automatically to the quarter finals; and will be joined by the winners of Group C and D.
The other two quarter final spots will be made up from the third teams in Group A and B, playing the second teams in Group C and D.
The bottom team in each group will play in a relegation semi final (and final).
There will be no further draws, all rounds are pre-determined from the original draw which reads as follows:
(1) St Laurence's v Eadestown; (2) Sarsfields v Clane; (3) Confey v Celbridge; (4) Carbury v Castledermot; (5) Maynooth v Moorefield; (6) Clogherinkoe v Naas; (7) Johnstownbridge v Raheens and (8) Round Towers v Athy.
The first four winners will be Group A; the second four in Group B; the first four losers go to Group C and the last four to Group C.
The Joe Mallon SFC opening game, Larries v Eadestown will be an interesting affair now, especially after Eadestown gaining promotion to Division 1 while also clinching the Division 2 title and the boys in blue could give St Laurence's a real fight of it.
Sarsfields v Clane should see the Newbridge lads book their place in the Winner's Group while Confey will have their work cut out to get the better of Celbridge.
In game four Maynooth take on Moorefield and while The Moores will be fancied, without the O'Connor brothers, Eanna and Cian, who have both returned to Kerry, they will have to be on their guard.
Group 6 will see Clogherinkoe play in the senior grade for the first time and they will have their hands full against Naas.
One of the games of the round will see Johnstownbridge take on recent Division 1 winners and holders of the Leinster Leader Cup for 2021, Raheens.
On current form you would have to fancy Raheens but The Bridge even without Paul Cribbin, will give it their all. The final game will see champions, Athy, begin the defence of their title against Round Towers and while Athy will be without the services of the influential Kevin Feely, they should still have enough to book a place in the winners' group against Glenn Ryan's charges.

IFC
As was said The Auld Shebeen IFC will have the same format. The draw threw up the following pairings:
(1) Nurney v Leixlip; (2) Ellistown v Milltown; (3) Ballymore v Allenwood; (4) Caragh v Two Mile House; (5) Straffan v Rathangan; (6) Sallins v St Kevin's; (7) Ballyteague v Kilcock; (8) Monasterevin v Suncroft.
The intermediate football championship is traditionally one of the hardest of all to predict and this season is certainly no different in that regard.
There are more than a few games that could go either way one would nearly want to see who is, or who isn't available before making some predictions.
Allenwood v Ballymore Eustace looks to be one of the stand-out games; along with Monasterevan v Suncroft, and Rathangan and Straffan.
Of course, just like the senior championship, this weekend's games will only determine which group (winners or losers) teams will operate from.
For what it's worth those in the winner's section could be along the lines of Kilcock; Two Mile House; St Kevin's, Ballymore Eustace, Ellistown, Leixlip, Monasterevin and Rathangan.