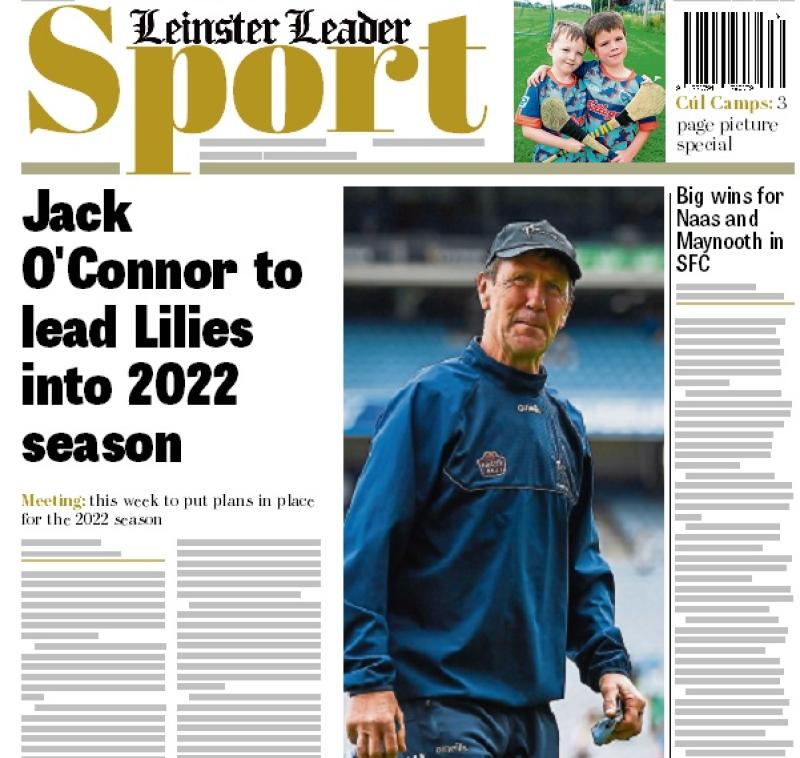 Jack O'Connor to lead Kildare in 2022: meeting this week to finalise plans for the new season.

Big wins for Naas and Maynooth in Senior Football Championship as we report on all eight SFC games, along with the eight IFC and the JFC action in an action packed-edition of this week's edition.

We visit another three Cúl Camps, picture specials from all three.

Lauren Walsh from Castlewarden GC has been selected on the great Britain and Ireland Curtis Cup team for the biennial match with the USA.

All the results from the Fairways plus picture special from Athy Junior Captain's Prize.

In Pitch and Putt reports from Athgarvan and Ryston Clubs along with Juvenile Leagues; a look ahead to the Charity Scramble and we report on Former Pitch and Putt pals as they meet up again, 35 years on.

KDFL: our weekly soccer coverage this week includes Match of the Day between St Anthony's Youth and Old Fort Celtic, a top of the table clash that ended all square. Plus the Kildare Senior Division Focus, along with all the results, fixtures and up-to-date League tables.