Time scale of development expected to last for some 18 months 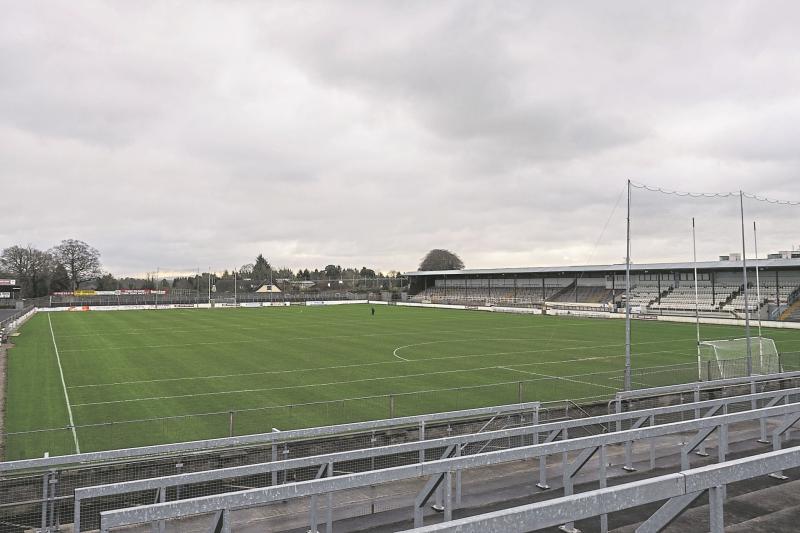 The turning of the sod for the re-development of St Conleth's Park, Newbridge, by Kildare Co. Board, has been pushed out to the second quarter of 2022.

At an information briefing this evening, Chairman of the Development Committee, Padraig McManus assisted by Tony Jones, told club delegates that due to various hold-ups, in particular the pre-cast manufacturing of the new stand, it is envisaged that work will not now commence until Quarter 2 of 2022.

Mr McManus also said that while it had been anticipated that the entire project could be completed in 12 months, that has now been pushed out to an 18 month time span.

The cost of the project, originally costed at some €10.5m had now, due to inflation, and in particular the cost of steel, grown to €11.6m but Mr McManus said he felt this was still within reach.

The final tenders are due to go out within weeks and it is hoped they will have a contractor in place within a matter of months.

Form a playing point of view Chairman, Mick Gorman said that this would mean that Kildare will play their home games in the 2022 Allianz Football League (Division 1) and Allianz Hurling League in St Conleth's Park but that all going according to plan the club championships will not be played at St Conleth's Park for either 2022 or indeed for 2023.