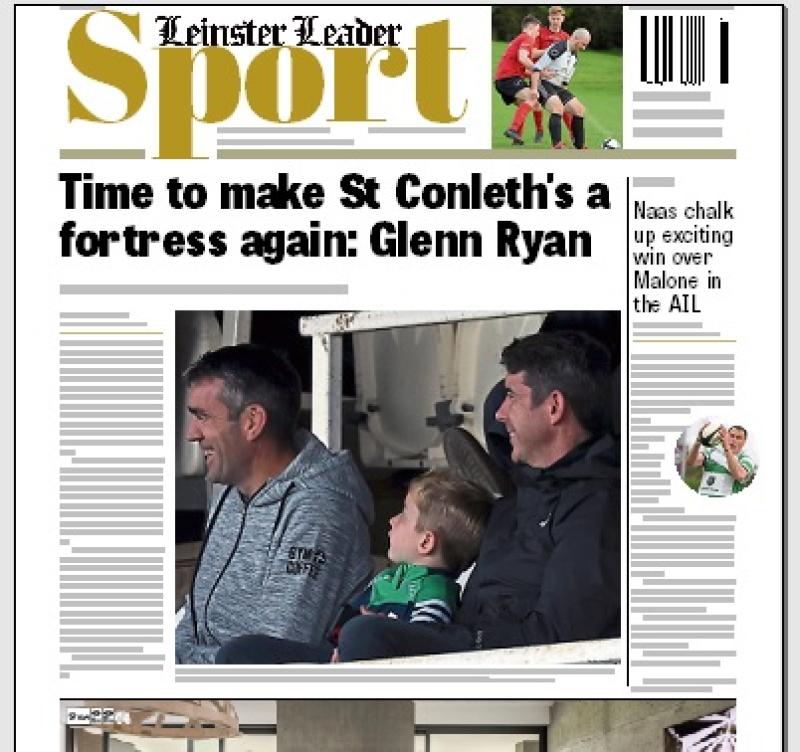 Time to make St Conleth's Park a fortress again; looking ahead to Division 1 football; trials on the way as preparation about to begin for season 2022; all that and much, much more as Glenn Ryan gives his first interview to the local print media.

SFC: Celbridge continue on their upward curve as they end champions Athy rein; Naas also book a semi final spot with a comfortable win over Carbury.

IFC: Kilcock and Leixlip, along with Kilcullen advance to semi finals.

JHC: Broadford and Maynooth into decider.

Motorsport: James Rowe racks up his first win the US.

Greyhounds: a look back on another exciting evening at Newbridge track.

KDFL: full reports and rouond-up of the weekend games, including results, fixtures and up-to-date fixtures.

All that and much, much more in this week's Leinster Leader, in the shops now.