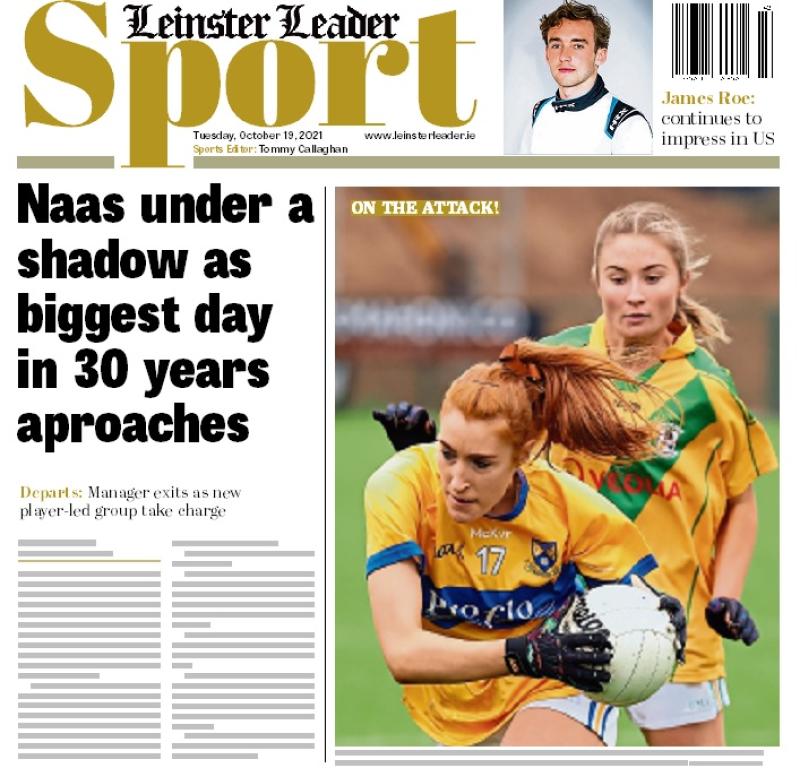 Naas GAA under a shadow as biggest day in 30 years approaches.

Kilcullen to take on Rathcoffey in Junior final.

Ardclough get better of Coill Dubh in SHC quarter final.

Ladies championship finals with wins for Kilcock, Sallins, Raheens and Cappagh while Leixlip and Eadestown set up clash in senior decider.

The Harty's strike at Punchestown.

U12 league success for Naas girls.

Many clubs benefit from jersey presentations from garda authorities.