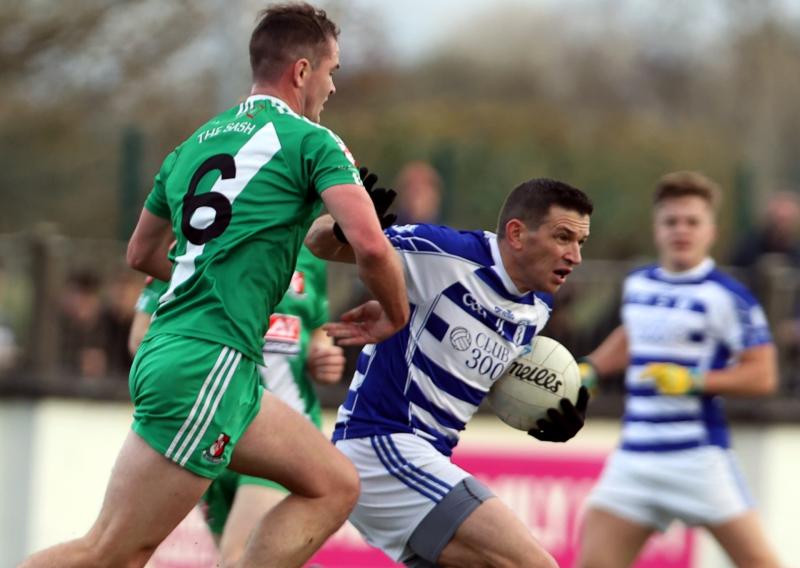 Eamonn Callaghan on the attack for Naas

Naas were crowned Kildare senior football champions after an action placked game against hot favourites at St Conleth's Park this afternoon, in the end there were just two points separating the sides but the Dermot Bourke Cup is heading to the county town for the first time in no less than 31 years. 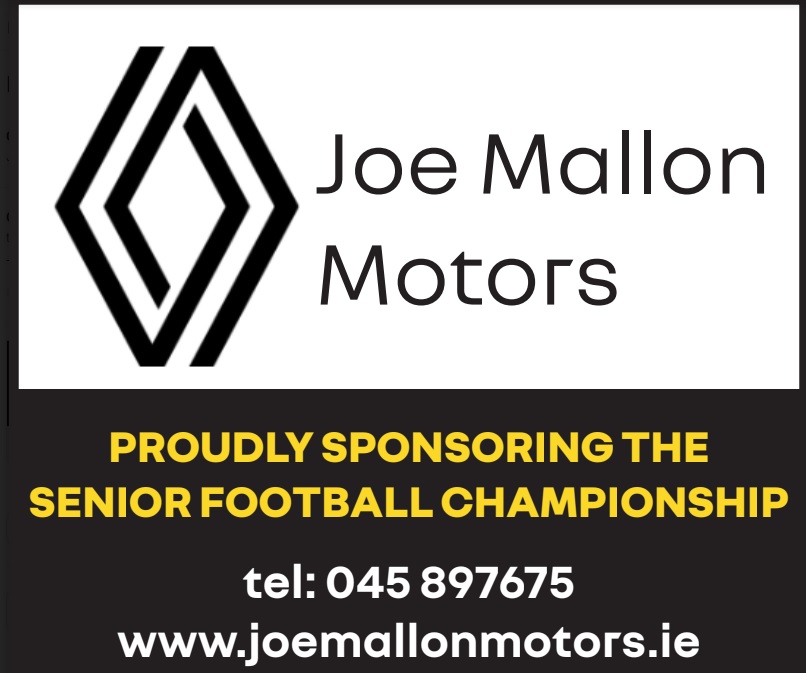 That lead was pushed out to six points mid-way in the second half but Sarsfields came storming back after Naas lost a player to a black card and then Eoin Doyle was forced off injured.

The lead was back to one in the final minutes, Sarsfields had their chanceds but failed to convert and Naas got the last point of the game to clinch it on a final score line of Naas 0-14 Sarsfield 0-12.