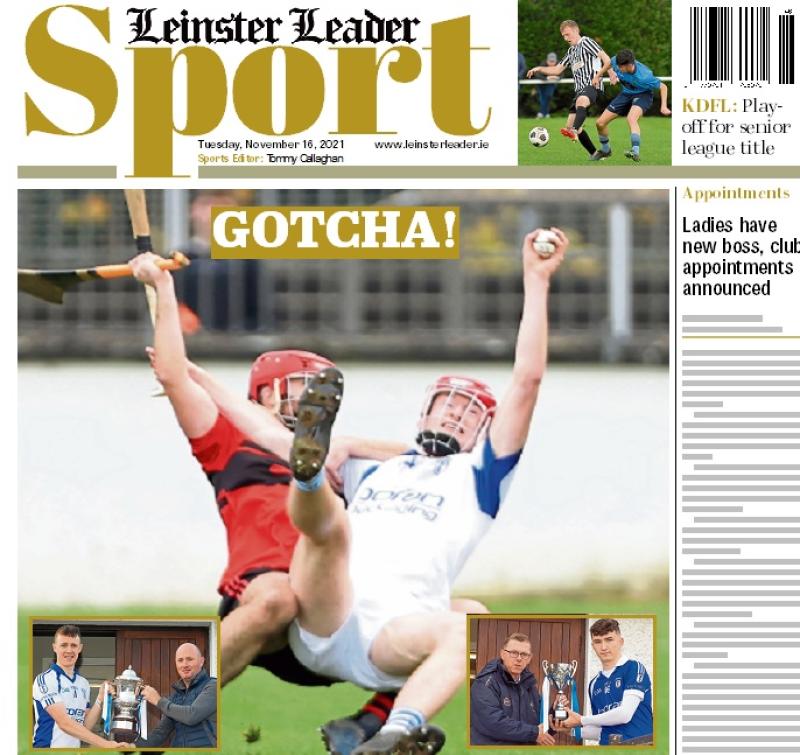 SHC final: Naas put to the pin of their collars but dig it out.

Report, reaction, comment of the big game that saw Naas defeat Celbridge to make it three title in a row.

Let's not forget those who sowed the seeds (Tommy Callaghan);

Sallins hurlers take minor B title in win over Moorefield.

A look ahead to the Leinster Club action as three Kildare sides in action this weekend, plus all the club fixtures for the week.

Rugby: Newbridge get better of Portlaoise in the Leinster League.

Golf: results from the fairways.

All that and much more in this weeik's Leinster Leader ... in the shops now.