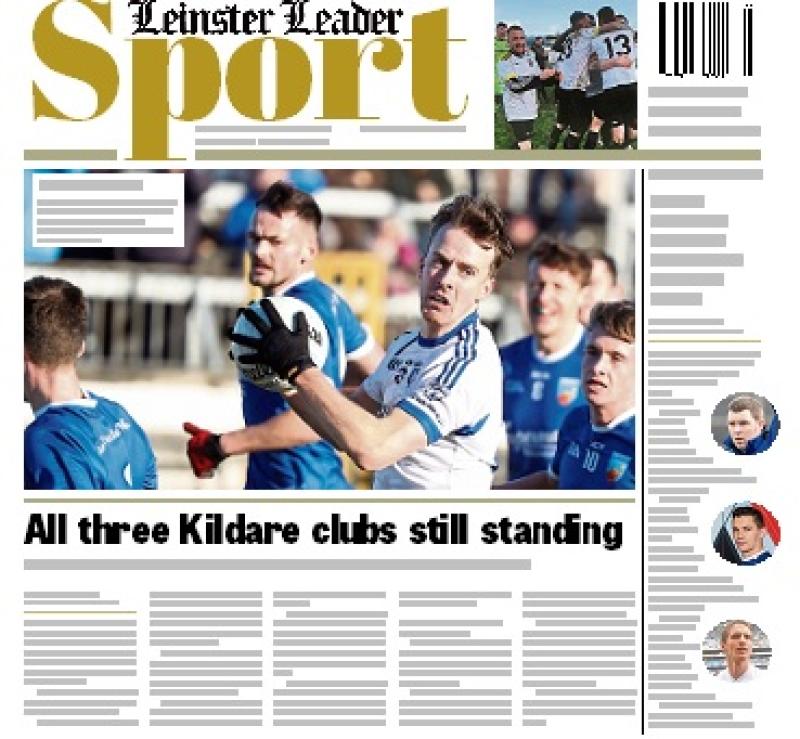 Big wins for Naas, Kilcock and Kilcullen in Leinster.

Extensive reports and reaction from the big games.

Kilcock in charge against An Tocher;

The Rags advance but lots of improvement needed yet.

In hurling, Maynooth return to the senior ranks as Eire Og Corrachoill are demoted.

Rugby: Definitely one that got away from Naas as City Of Armagh win by a single point.

From humble beginnings ... how the Pitch and Putt organisation has grown.

Coill Dubh too strong for Kilcock in Premier League play-off.

All the KDFL results, fixtures and up-to-date tables.

All that and much more in this week's Leinster Leader Sport ... in the shops now.