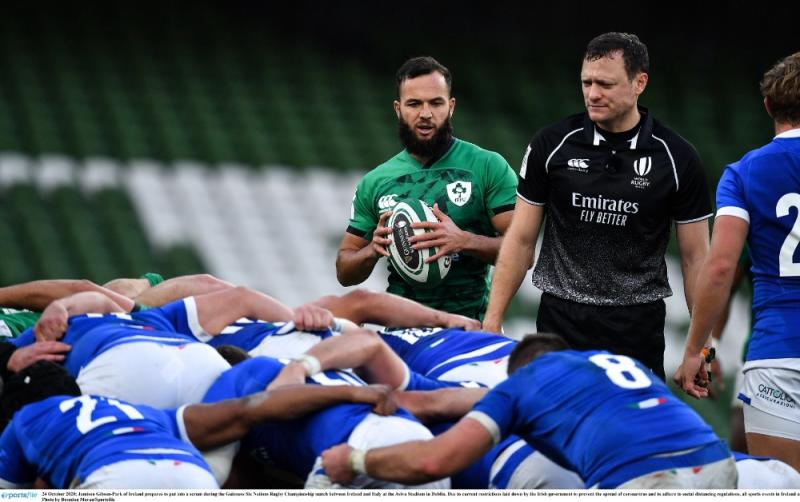 A free kick will be awarded for a hooker not using a brake foot, Photo: Sportsfile

A new scrum trial will take place in the Guinness Six Nations aimed at reducing the risk of neck injuries for hookers.

A report in The Times says the law is being introduced to reduce amount of force from 'axial loading' on hookers’ spines and necks at scrums. The typical force exerted on a hookers' neck and spine at an elite level is estimated at 100kg.

'Axial loading' is the practice of a pack leaning forward during the ‘bind’ phase, enormous force transmits through the spine and neck of the number 2. The practice was banned by World Rugby three years ago, but it’s believed to still be used and this has now been highlighted by the International Rugby Players organisation.

"It will be mandatory for hookers in the men’s, women’s and under-20 Six Nations to keep one foot forward during the bind phase of the scrum engagement sequence, acting as a brake," the paper reports.

"The law trial is designed to ensure that the packs hold their own weight on the bind phase, retaining a small gap between the front rows, and do not begin applying pressure until they engage."

A free kick will be awarded for a hooker not using a brake foot.

"This law trial is definitely a positive step," David Quinlan, head of legal and player welfare for the IRP, said.

"We've had players very strongly advocating for it. We need to applaud World Rugby for moving on it. Ideally, we would have done it a year ago but the point is there is progress."