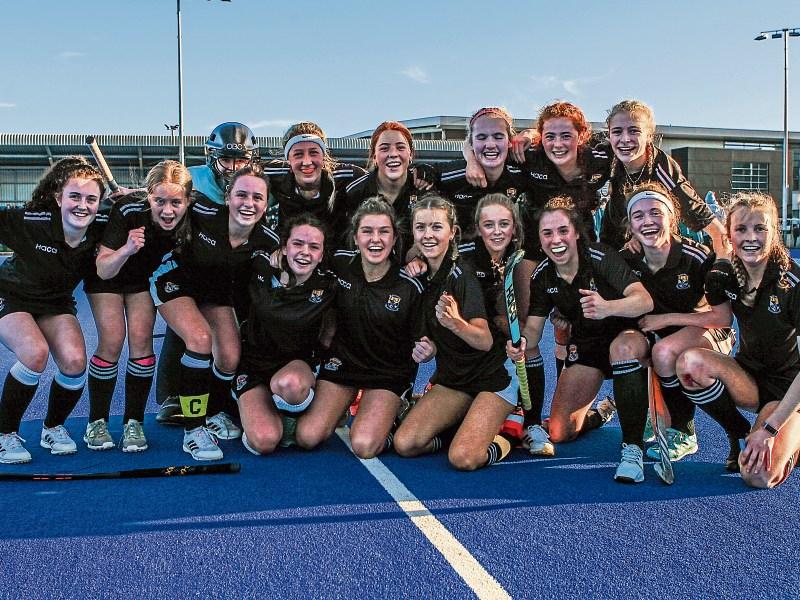 There was disappointment for Newbridge College at UCD on Sunday afternoon when they lost out to Holy Child Killiney in the Leinster Schoolgirls Senior Cup Hockey final.

Thanks to goals in each half from Alex Purcell and Isabelle Napier, it was the south county Dublin outfit who secured provincial honours in the Belfield venue. Skipper Roisin Sexton, Lara Prendergast and Grace Murtagh were amongst those to produce strong performances for Newbridge, but it wasn’t enough to deny Killiney on the day.

Yet, despite falling short in the end, ‘Bridge doesn't need to feel too downhearted. Reaching their maiden decider at this grade was a significant achievement in its own right and there could be no faulting their effort throughout the contest.

In stark contrast to their respective semi-final wins over Mount Anville and The High School - when only the players’ parents were permitted to attend due to escalating cases of COVID-19 - this encounter took place in front of a packed UCD stand. Both squads could sense the presence of their supporters as the action got underway, although the early exchanges were understandably cagey.

While Killiney were initially on top of possession, the Newbridge defence coped admirably with their threat. Off a seventh-minute breakaway move, Murtagh fired marginally off-target.

A defensive mishap from ‘Bridge did open the door for Killiney on 12 minutes, but Lucy Schwer had a shot blocked after Napier had originally attempted to muscle her way through. Even though the deadlock was ultimately unbroken at the end of the first-quarter, it didn't stay this way for long.

Just two minutes into the second-quarter, Killiney were awarded the first penalty corner of the tie. Following a perfect execution, the ball worked its way into the path of Purcell and she swept home beyond the reach of Newbridge custodian Sophie Morrissey.

This was a set-back for Newbridge, but they were almost immediately awarded a penalty corner of their own. Gary Ruddock’s charges had a perfect opportunity to get themselves back on level terms and Michelle Cashman was desperately unfortunate to see her eventual strike being blocked.

Vice-captain Ella Kelly also tried her luck off a short corner in the 26th-minute, only to see it deflected over the crossbar. Hannah Murphy was also close at the opposite end as Holy Child held firm to lead 1-0 at half-time.

There was still plenty of time left for Newbridge to force the issue, however, and the game was expected to open up the longer it went on. Nonetheless, Killiney were calm and assured in their approach and were spraying the ball nicely along the blue surface.

Napier flicked the ball towards goal in the 36th-minute in an effort to double her side’s advantage, though Morrissey was on hand to kick to safety. Towards the end of the third-quarter - having been on the back foot for large stretches - Newbridge started to apply some attacking pressure inside the Killiney.

Unfortunately, Jodie Zebedee and Joy Duggan only had fleeting opportunities to test the resolve of Killiney goalkeeper Cathy Green and Newbridge’s search for an equaliser continued into the final 15 minutes.

The closest Newbridge came to cancelling out Killiney’s cushion was when Kelly had a firm strike from a short corner cleared off the line. By this point, ‘Bridge had opted to play with 11 outfield players as they ramped up their attacking efforts.

However, this left them vulnerable to counter attacks and while Schwer had a goal ruled out, Napier rolled the ball into an empty net with just over a minute left on the clock to effectively seal Newbridge’s fate.