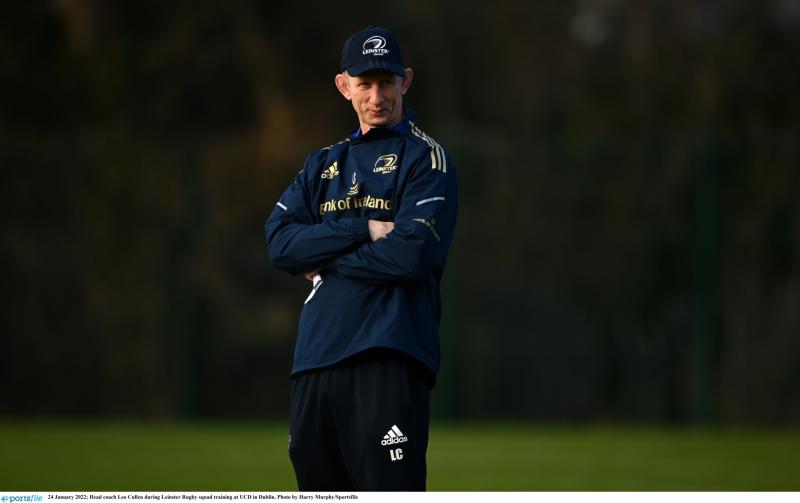 Leinster head coach Leo Cullen has named the Leinster Rugby team, as sponsored by Bank of Ireland, to take on Edinburgh Rugby at the RDS Arena tomorrow evening (KO 6pm - LIVE on RTÉ 2 and Premier Sports).

Cullen is able to recall Dave Kearney on the left wing, the Louth native hasn't featured for the province yet this season and will make his 170th appearance.

He's joined in the back three by full-back Jamie Osborne and Tommy O'Brien.

Nick McCarthy gets his first start since returning from Munster in the summer and will partner Ross Byrne in the half-backs.

Sitting outside them in midfield are Ciarán Frawley and Rory O'Loughlin.

Cullen has switched up half of his pack with four changes from those who started the loss to Cardiff last time out.

James Tracy replaces Seán Cronin in the front row with Ed Byrne and Michael Ala'alatoa retaining their spots either side of him.

Ross Molony and Josh Murphy come into the second row while Max Deegan is the sole change in the back row.

Deegan will wear the No 8 shirt with Scott Penny swapping to the openside. Rhys Ruddock fills the last spot in the XV and will captain the side.