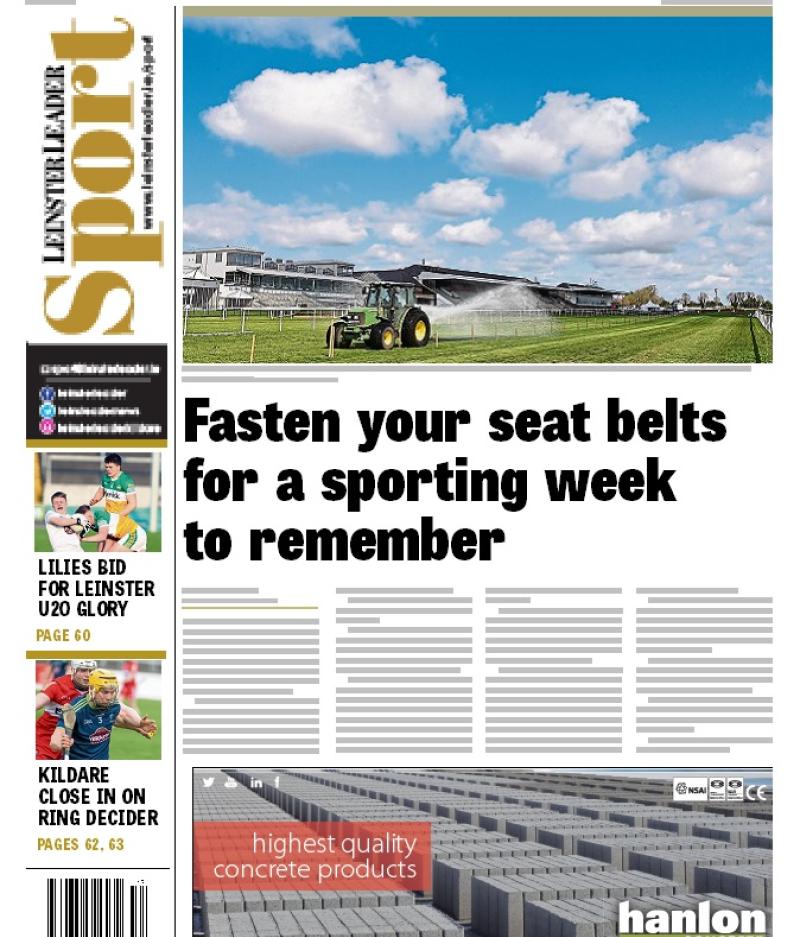 Fasten your seat belts for a sporting week to remember.

McCabe the star as Lilies motor on in Christy Ring Cup.

Leinstr SFC: The Championship, it's what the game is all about says Anthony Rainbow;

We're not looking beyond May 1, insists Glenn Ryan.

Kildare get the nod to advance (Tommy Callaghan).

Herity fuming over first half performance.

U20s dig deep and took a place in Leinster final this week.

Minors dismiss Meath and are through to provincial last four.

Reports, results and all the action, including up-to-date tables from the SFL

Rugby: Naas on the brink of joining elite of rugby as they take on Shannon this Saturday in AIL Division 1B final, following massive win over Old Wesley.

Ladies make it to knock-out stages in TG4 Championship, with a game to spare.

KDFL: results, reports, fixtures and up-to-date tables from the KDFL.

Weekly look back on the Kildare racing news.

Man arrested after pedestrian and parked cars struck by car