Brian Flanagan says they have no complaints over their defeat 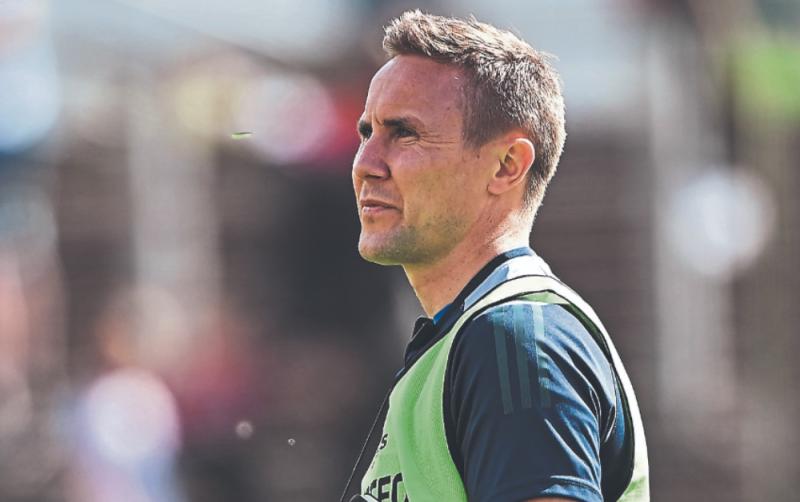 “Absolutely no complaiants and very disappointing.” The words of Kildare U20 manager, Brian Flanagan following his side's six point defeat to Tyrone on Saturday.

The Johnstownbridge man added “Tyrone are an outstanding U20 football team; excellent at the back; strong in midfield and three or so top class forwards, they are as good an U20 team that anyone will meet; we can have no complaints; we didn't quiet bring our best game overall; we knew coming into the gamewe had to take every single chance that came our way on the day, unfortunately that didn'thappen; we got turned over more today that we have in any game and we were punished ruthlessly as they simply put the ball over the bar.”

The manager added that “we knew going out (second half) we needed to get two, three points in a row to bridge the gap, even if was just to ask questions of Tyrone but we just could not do that; when we cut it back to five coming down the stretch we still felt if we could get a goal there might be something still in it for us but they went up added a few point; very much in control.”

The manager added that he can't fault his lads, they gave it everything, they threw everything at them but it just wasn't to be and the better team won, no doubt.”

Asked if he felt the schedule that Kildare had to endure in the Leinster Championship was harsh, the manager replied: “absolutely, we played really tough championship games in a little over four weeks; Ulster did not go week after week or any of the other provinces but in Leinster we were one of the latest starters and that meant Thursday, Thursday; we got a little breather before the semi-final and then seven days later play an All-Ireland final, that's tough and when you see three or four fellas with ten minutes go to dropping to the ground, cramping up, you just know then that physically and mentally it took its toll on the lads; tough and unfortunately we just didn't have the energy to push on today.”