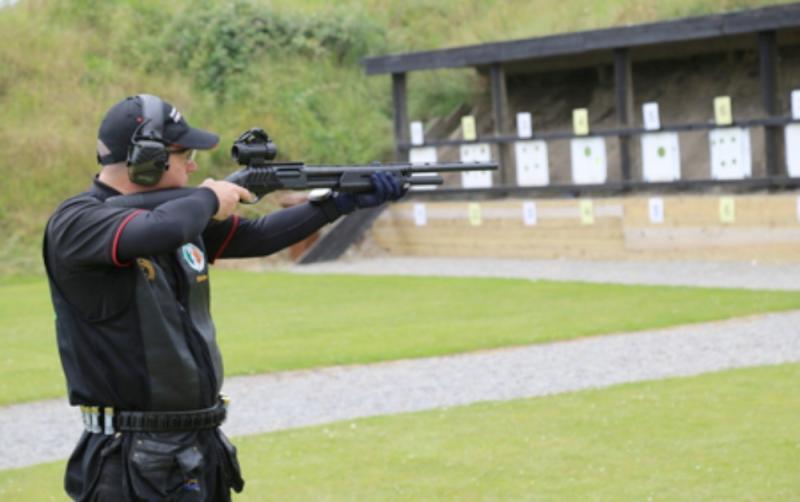 Mark Nolan from Kildare and a member Harbour House Sports Club, which is located near Nurney in Co. Kildare has been picked to represent Ireland on the national Target Shotgun team. Ireland will compete for the ITSF World Championship title having won Gold in South Africa in 2019.

This is Mark’s first time to qualify for a place on the Target Shotgun National Teams and has qualified for both teams in the Semi Auto and Manual classes.

Target Shotgun is a precision Sport where competitors shoot a single lead shot at a paper target at distances out to 100 Metres while lying prone, sitting and kneeling.

Dean Parker, Chairman of Target Shotgun Ireland said “Ireland is at the panicle of this sport, both as individual competitors and as a team sport. Ireland competes with the world’s best in Target Shotgun and we are very proud of the hard work, practice and dedication of each member of the Irish team.”

Mark Nolan said, “This is a fantastic opportunity to represent Ireland on the world stage in the growing sport of Target Shotgun and I would like to thank the TSAI (Target Shotgun Association Ireland) and Harbour House Sports Club for the support and sponsorship to enable me to compete at this level.”