Kildare vs Mayo; Time for the lilies to bloom 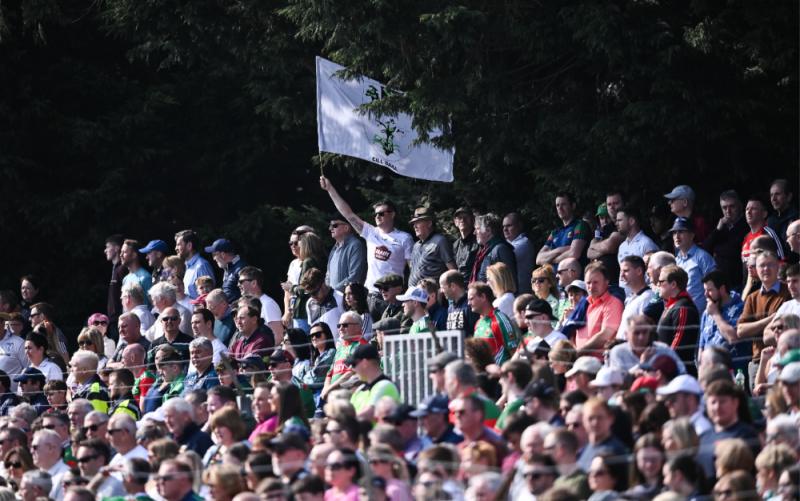 Lilies, it is said, can be bright, graceful with a lot of fragrance, but most importantly of all, bloom from early summer to late autumn.

It may not feel like early summer at the moment but that should not stop, or even hinder, lilies blooming.

However the lilies we are interested in will need to be less graceful and more forceful; less of the nice fragrance type and more of the fearful sort — and definitely need to bloom, big-time, come Saturday.

Still reeling from that mauling inflicted on the Boys in White by the Boys in Blue, at least there is a chance, an opportunity to show that that performance was far from what this team is all about, far from what they are capable of and far from a side that can be dismissed with consummate ease.

The talk prior to Monday's Qualifier draw centred on who would you like to draw?
What would be the best draw Kildare could get.

Well it varied from Cork or Clare, to, from a fella close to the Kildare camp, Mayo.
Looking at last weekend's offering the stand-out team was undoubtedly The Geezer's Armagh side.
And with McGeeney's record coming through the 'backdoor' is well-known, avoiding a tilt with his crew, was probably top of the wish-for list.

Having said that one would want to be careful when talking about wish-lists.
It is only a few short months ago we crossed swords with the boys in green and red in the unfamiliar surrounds of Carrick-on-Shannon.

The opening half in that game was free-flowing and a dozen points from the boys in white was more than decent, even if Mayo did raise one green flag in that period.

But there were worrying signs. Worrying signs that Mayo were capable of opening up that said same Kildare defence on more occasions than one could feel comfortable with.

And while they raised just one more green flag it was enough, more than enough in fact to send us home, not just back to Division 2 but with concerns that maybe we were not as strong, as comfortable and at ease than we thought we were heretofore, while Mayo also looked that bit more sharper, that bit more threatening, that bit more composed in front of goal.
Fast forward to the Leinster final.

Disaster was one description.

But there were many others. Some over-the-top but many accurate and to the point.
The tactics that day in Croker were, to put it mildly, worrying to say the least.

No pushing-up; no putting pressure on Dublin and worse of all allowing The Dubs to dictate practically from the throw-in.
Kildare won the toss; got the first score (in both halves), won Dublin's first kick-out but after that were wiped by a side, it has to be said, looked like a team that came with a plan, played with intent, speed, accuracy and a confidence that one always associates with them.

So what has to change?

What has to be done to, at the very least, make Kildare more competitive.
What has to be done that will keep Kildare in the game up to that vital last quarter?
What has to be done to tighten up midfield; win more ball in the middle third and ensure the front players get the supply they need to show they are a much better side than the performance in the Leinster final suggests.
Loads of questions, plenty of queries ...but answers...well...

But make no mistake there is huge pressure on Glenn and his management team.
Do they decide to stick with the starting XV, there or thereabouts and give players the opportunity to show that, as the manager said after the game that this was simply “a bump on the road, albeit a big bump.”
Or do they make wholesale changes?

Probably a bit of a mixture of both is needed.

Certainly the defence will have to be tightened up.

We said that after Mayo, after Westmeath and prior to the Leinster final.

Was there any improvement?

Certainly did not seem to be much.

As against that Mayo struggled at times against Monaghan last weekend.
No doubt Mayo got the rub of the green, on more than one occasion from the referee, a rub of the green that had Banty fuming in exasperation after the final whistle.

But those are the type of games that Mayo know how to win; know how to grind out and that comes from their experience; that comes from being battled hardened, a team that has had more set-backs and knocks than any other team has experienced in over a decade and beyond, yet refuse to lie down and roll over. They simply get up, dust themselves down and off they go again.

That is the type of attitude that Kildare need to adapt.

When things go against you, as they will inevitably at times, that is when the attitude kicks in, that is when you see the difference between a player that wants to be in the thick of the action as against a player who wants to be out of here.
Everyone has their own idea of how the team should set up; what the plan should be; what the strategy should include and so on.

Against Dublin it was hard to see what the Kildare strategy was at times, what the Kildare plan was.
That is the real worry, the real concern, hopefully management and players have learned from that experience. If they didn't then the consequences will not be pretty.

Now is the time to bloom, just like every good lily blooms at this time of year.
Let's be having ye!