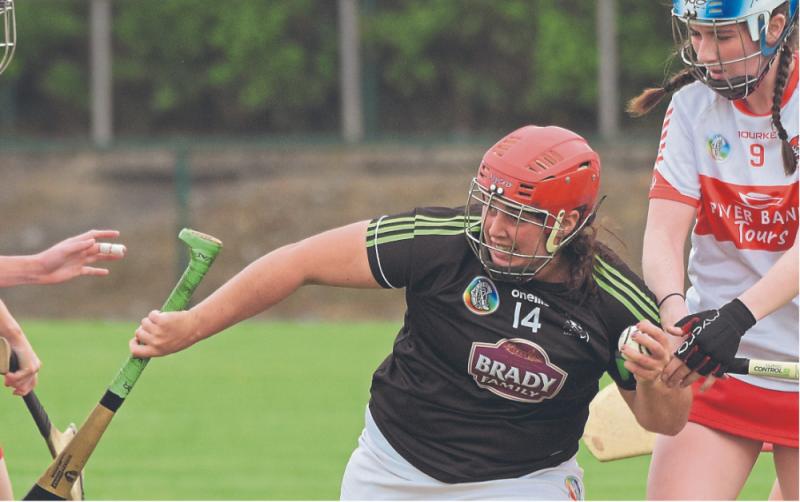 A strong performance from Kildare from the throw-in ensured that they would claim their first victory in the Glen Dimplex Intermediate All Ireland Championship, overcoming Wexford.

A Chloe Cashe point opened the scoring for Wexford but Kildare quickly leveled moments later with Chanice Corcoran pointing. Before long Kildare were ahead as Leah Sutton opened her day's account. Further points from Emma Kielty and Sutton had Kildare three clear within twenty minutes on the clock.

Looking to ensure that they kept to in touch with their counterparts Wexford looked to stage a comeback. With a forced change to the side following an injury to the hand of Clodagh Jackman as she attempted to block the strike of Sutton, Grace Roche took to the field. Not long after her introduction she was on the scoreboard. Hitting a point she closed the gap to two before Cashe left the minimum between the sides with four minutes remaining in the half.

Kildare hit back kthrough Sutton but with Aideen Brennan matching Sutton’s effort, the Broadford forward refused to be outdone.

With a further Sutton brace before a Roisin Forde point Kildare rounded off the half with a four point advantage as Wexford struggled to find any momentum.

While Kildare finishing the first half in a strong position they went further ahead with Sutton leading the charge. Frees in the 40 and 42 minute pushed the gap out to six as they looked well in control.

Yet refusing to give in Wexford poured forward and with Brennan in possession they looked to change the tide.
Bursting forward just before the three quarter hour mark Brennan’s strike found its way past Eimear Sterling and into the town end net. A further point, followed by a free from the midfielder to narrow the deficit to one in the space of five minutes as Kildare soaked up the pressure.

Having absorbed all of the Wexford pressure Kildare hit back once again. Sutton was on hand to work Kildare into a position of dominance. hitting two frees,.

The home side were now three clear with seven minutes remaining in the tie.

Kildare continued to build nf their strong performance, a point from Dearbhile Byrne before a final point from Sutton three minutes from time rounded off the scoring as Kildare claimed a much needed first victory in their Glen Dimplex Intermediate All Ireland campaign before a journey to Meath awaits them in two weeks.