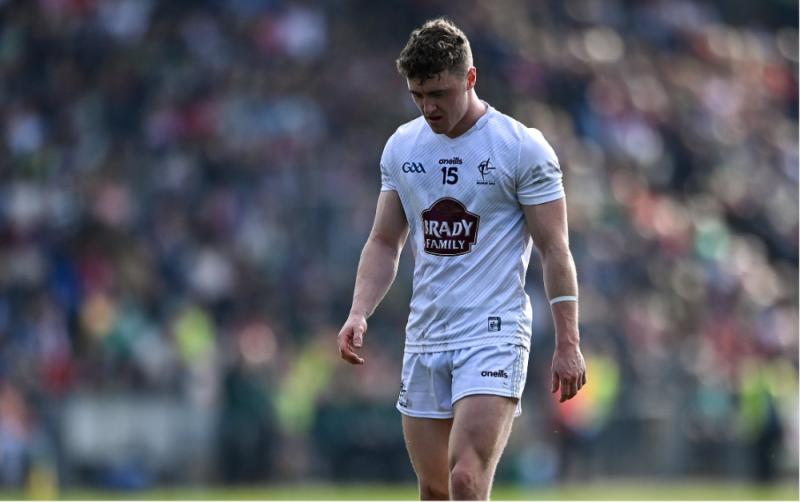 There was a time in bygone days if a county was still playing championship football come the August weekend, it was looked upon as making it to the business end of affairs.

Here we are, mid-June and unless a county has reached the last eight of the All-Ireland series it's a case of bye-byes.
Everything done and dusted.
Game over.
Ball burst.
Back to your clubs.

And in another few weeks it will be helter skelter with fixtures coming thick and fast on the local scene.
So a little over a week on from that Round 2 Qualifier defeat at the hands of Mayo, how has Kildare fared overall in both league and championship?
Ok?
Decent?
Reasonable?
Very well?
Disappointing?
Encouraging?
Or to use that well worn school report phrase, can do better?
On a quick overview and starting the with Allianz Football League, mixing it with the big boys at the top table, was always going to be difficult.

Before a ball was kicked in anger we wondered where exactly would Kildare pick up points, or more to the point, from what other Division 1 county did we think The Lilies were capable of taking at least a point or even record a win?
A quick perusal (at the start of the competition) and in all honesty one struggled to see where points could or might be garnered.

The opening game, at Conleth's Park, against no less a team than Kerry, Jack O'Connor and all the baggage that came with that fixture, looked daunting.
Yet by the time the final whistle arrived it was the visitors who were anxiously awaiting the loud long shrill of the reitóir's whistle.
Kerry were lucky, fortunate, call it what you like, but they were.
From a Kildare point of view it was definitely a point lost rather than a point gained.

A trip to Donegal was next up; a game that was lost in the closing minutes of the opening half; followed by another away game, this time to All-Ireland champions, Tyrone, a one point defeat, again coming away wondering 'what might have been.'
The Dubs rolled into town for game 4, a Dublin team that looked to be struggling for many and various reasons.

A win by three points was encouraging, very encouraging, no doubt about that, it gave everyone a lift, players, management and fans.

The Geezer's boys were next up and they duly delivered defeating Kildare by five. Comfortably.

Round 6 was always going to be a big one and defeating Banty's boys by no less than nine points was another huge boost.
And so to Carrick-on-Shannon and a clash with Mayo, so much at stake, still in it at half time, but the signs were ominous and it was all over well before the long whistle — and with other results going against us, it made our stay at the Top Table, yet another one season wonder.

Disappointing to say the very least.
Not for the first time that day (in Carrick-on-Shannon) there were signs that a bit of tightening up was required; gaps were appearing, especially when teams ran directly at Kildare.

But we moved on.

Of course one can say Kildare were very unfortunate, very unlucky and got little, if any, rub of the green throughout the league.

That is what usually happens, or is said, of a team that has failed to retain their divisional status, regardless of the division.
The last time we dined with the elite we went through the entire league windless, drawless and pointless.

Yet on more than one occasion back then, we heard phrases such as unlucky, unfortunate even hard done by.
This time around five points was the sum total when the table was finalised and while there were some more than decent displays throughout that league, the end result was the same as back in 2018.

Playing Division 1 football is imperative if a team is to progress, a few seasons mixing it with the top flight sides is a huge bonus.

While many may disagree losing Division 1 status, to this writer, was by a country mile, the biggest and most disappointing aspect of the entire season of 2022.

Retaining Division 1 status for 2023 would have seen Kildare with four home games at St Conleth's Park, a huge advantage.
Division 2, as we know only too well, can be a bit of a landmine.

It is one thing getting out of Division 2 but it is an entirely another to get out ensuring you are going in the right direction.
If you get me drift.

And so to the championship.

A meeting with Louth was overcome with a bit in hand setting up a date with Westmeath, one of only two teams we have defeated in Croke Park in the last 18 games we played at Headquarters.

And while Kildare were undoubtedly the better team they did have to withstand a late push from the Lakesiders who in the end were just three points adrift.

The big concern for The Lilies was they conceded a very worrying tally of 2-15 (scoring 1-21).
And so on to the Leinster final. No need to dwell too long on this one. Five first half goals tells it all.

It was one of those terrible evenings in Croke Park — an occasion one just wished never happened.

You can call it embarrassing, disappointing or whatever, it manners little, but knowing all the time and effort that had been put in throughout 2022, this was a shattering defeat by any standards.
And so on the Qualifiers.
And Mayo.
Different set-up, different approach, different team.

But the same result.

But this was a defeat that should never have been. The Mayo performance, especially in the opening half, was described by avid followers of the boys in green and red, as the worst in years.

Yet they succeeded and while the five point winning margin certainly did not tell the true story (one or two would have given a truer indication of the game) it was still a heartbreaking loss.

A lot to contemplate on now for the management before the AFL of 2023 gets up and running.
Division 2 football.
2023.

Regardless of how the Leinster Championship and All-Ireland series of 2022 fared out, being relegated to Division 2 is by far the biggest set-back this current Kildare side could have suffered.
Bar none!