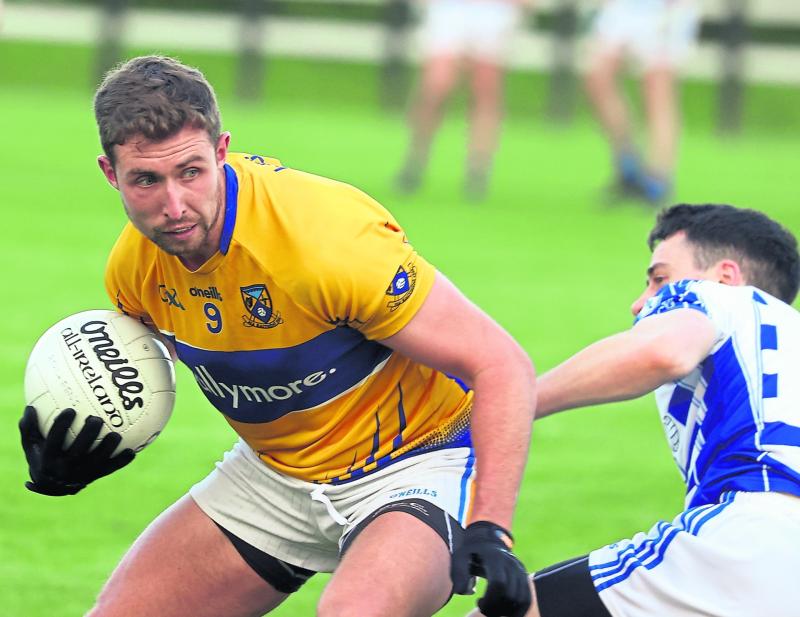 Sarsfields retain top spot, with just one game remaining in the EMS Copiers SFL — the final round of games are due on Tuesday June 28 when all Division 1 games will start the same time, 8 pm.

Naas are also in a very strong position, just one point adrift of top spot but with a game in hand, this Wednesday v Confey, are assured of a semi-final spot.

Despite losing to Sarsfields by two points on Saturday Raheens are also eyeing up a semi spot, if Naas defeat Confey in their back game it will come down to the final round of games which sees Confey take on St Laurence's — a game that will be make or break for The Larries as they are in big relegation difficulty just one of the bottom of the table with five points.

With Eadestown already relegated to Division 2 for the 2023 season the second spot is between St Laurence's, Castledermot and Carbury.

However with Carbury due to take on Eadestown (just one point from ten games) they (Carbury) will be expected to get the vital win leaving the second relegation spot between The Larries and Castledermot.

Castledermot (on six points) have a home game in round 11 when they take on Celbridge, while not fully safe but would need a combination of results to go against them to get dragged into relegation.

Confey, who have enjoyed a great league considering how they struggled last season, are in fifth spot with a game in hand, that as already stated is against Naas with their final game away to St Laurence's.

As it stands it looks like the top four will be Sarsfields, Naas, Athy and Athy; Confey with an outside chance while at the bottom St Laurence's, who have a very poor aggregate scoring tally, look to be the side to join Eadestown in relegation.
Division 2 sees Leixlip and Johnstownbridge on course for promotion and contesting a league final.

The maroon clad boys are on 19 points, three clear of Johnstownbridge who in turn are three clear of Kilcock and Kilcullen.
At the bottom of Division 2 Ballymore Eustace are relegated having won just one game but the second side to be relegated is still all to play for with just one point separating Monasterevan from Two Mile House, Round Towers and Clogherinkoe..

Division 3 sees Sallins top of the table with 19 points, having lost just one game, Allenwood are two behind with Kevin's another two back, all have played 11 games.

At the bottom Suncroft and Nurney look in big danger of relegation while Caragh are not out of the woods just yet.
Grangenolvin and Straffan will be playing their league football in Division 3 come 2023, Grange having lost just one game out of 11 while Straffan are just one point back from them.