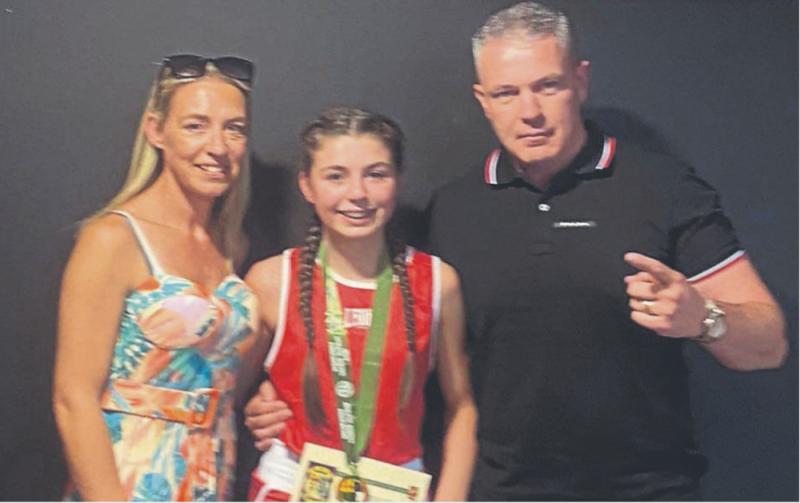 Setanta Boxing Academy, Newbridge added to their list of national titles at the weekend when the finals of the National Junior Cadets were boxed in the National Boxing Stadium, Dublin.

The National Junior Cadets combine boxers aged 13 and 14 at the various weight categories.
Setanta Boxing Academy had two entries in the competition Elma Barry and Alana O’Brien. Both boxers gave outstanding displays of boxing throughout the competition to reach Sunday’s final.

Elma who lost the first round showed fantastic determination to battle back to convincingly win the second and third round to score a unanimous win. 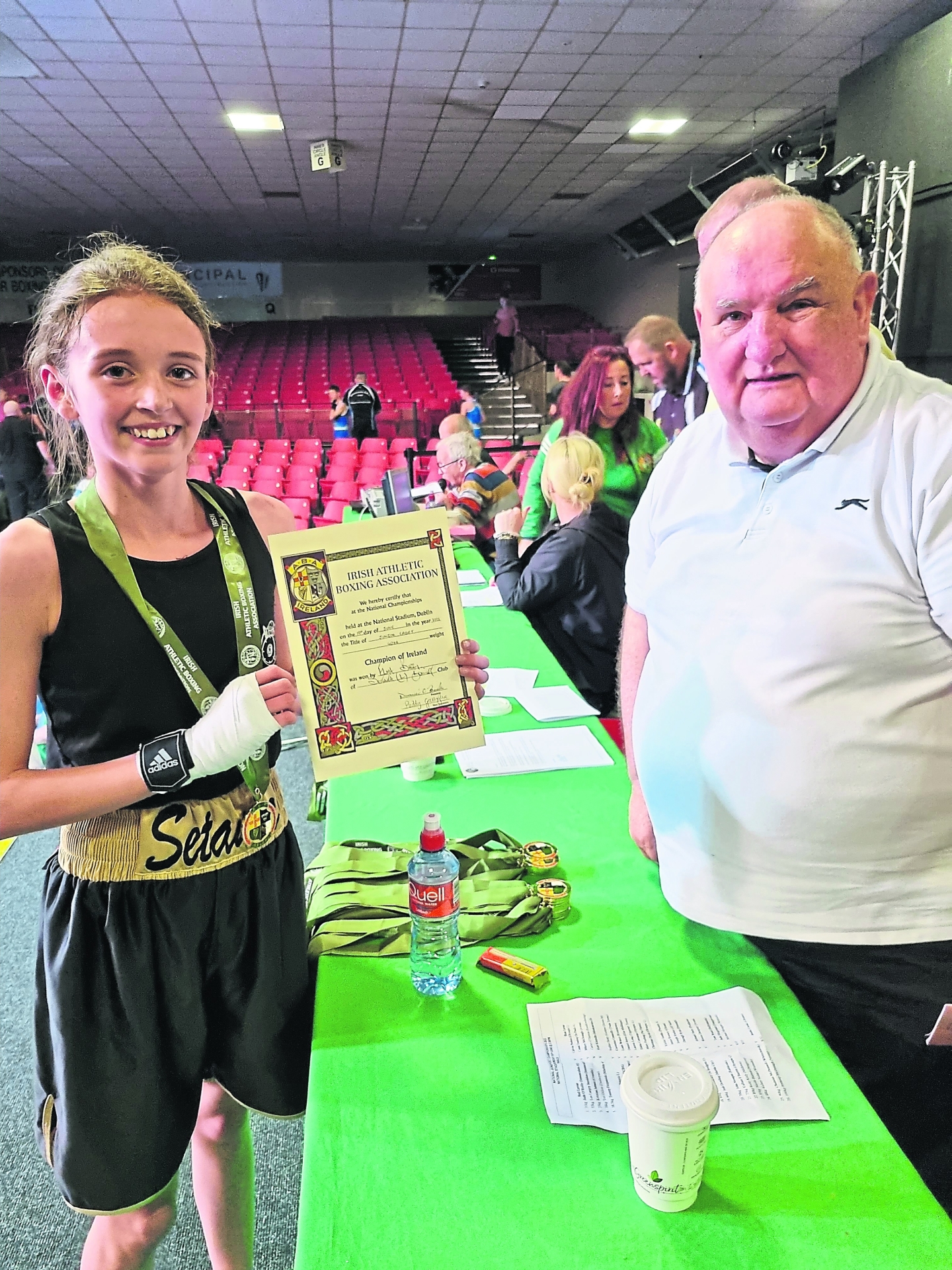 Alana battled through the first in a tightly contested round. In the second Alana started to dominate which resulted in a standing 8 count for her opponent who looked like she might not continue. But back she came and Alana continued to impress.

In the third round Alana showed great determination to convince all judges and win by a unanimous decision. This was to be Alana’s third Irish title and second this year having won the National Championships earlier this year.
Elma and Alana having won are now up for selection for the European school boy/girl Championships which will be held in Turkey this August.

In preparation both girls will join the other winners in the High Performance Centre for training over the summer months.
Setanta Boxing Academy already had two boxers compete at European Championships this year in Bulgaria at Under 18 level.

Setanta Boxing Academy are having an outstanding season with the club winning 14 national titles to date since last September.
A remarkable achievement for the Kildare club which only established in 2017.