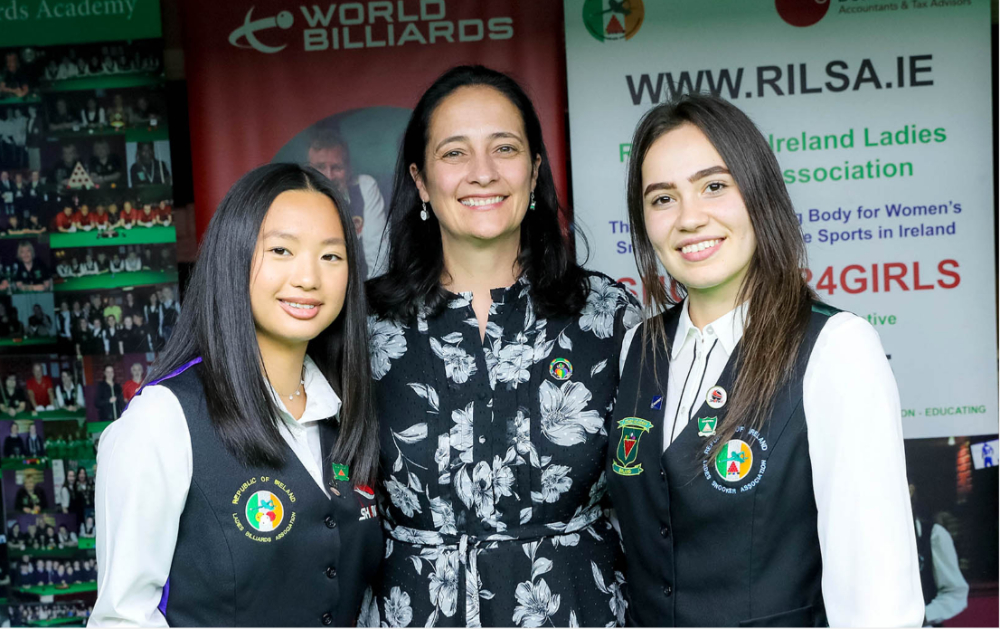 Minister Martin said, “It’s brilliant to open the first ladies cue sport academy in the world. I am an advocate for women’s equality and equality in sport and it’s important to be here and shine a light on this.

“It is also important to recognise the work that the Republic of Ireland Ladies Snooker Association (RILSA) has done in getting this facility up and running. They do amazing work linking in with over 80 schools. I have met champions from the 1960s through to the young players here today.”

Chairman of the RILSA Dan Carroll commended Sharkx as a community hub for Newbridge and cited people from over 10 surrounding counties also visiting the facility. Carroll called the opening of the academy a “momentous” occasion.

As well as welcoming in the local community, Sharkx held two world’s women ranking events in 2021, the oval and the master’s. In two weeks time the team will have a home nations championship against Northern Ireland on July 9, the team contains five of the members at the launch.

The academy has received funding from the National Lottery to get the facilities prepared but the ladies will also have incredible support day-to-day as their new coach is professional Irish snooker player Fergal O’Brien who joined recently and at one time sat in the top 10 of the world snooker rankings.

Minister Martin commended the professional players addition to the team, “This is about ladies sport and it’s great to see someone like Fergal O’Brien, someone who has competed on the world stage lending his support to women and hopefully many more generations to come engage in this sport.”

Pictured above is Jennifer Earl and Emirjetta Doda from RILSA with Minister Catherine Martin (Minister for Tourism, Culture, Arts, Gaeltacht, Sport and Media)

All photos by Aishling Conway