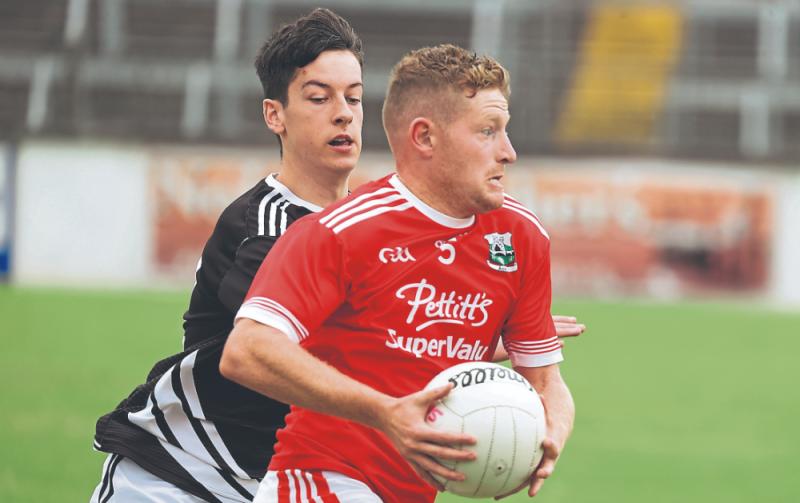 Athy showed on Saturday in their SFC battle with Maynooth that they are travelling along nice and smoothly as they had a somewhat comfortable win over a slightly disappointing Maynooth side by seven pints, at St Conleth's Park.

Having defeated Carbury in the opening round the boys in red looked a fair bit sharper in this one, picking up on their fine second half display from that preliminary victory.

Maynooth, on the other hand, while they were never really out if, at the same time they never put their opponents under any real pressure.

Neil Flynn opened for the boys in black before Kevin Feely popped over a free, followed by a point apiece from Eoin Donnellan and the impressive Niall Kelly.

On eight minutes we saw Athy at their best, a brilliant kick pass from Killian Mulhall put Kieran Farrell in on goal who made no mistake from close range.

Maynooth hit back with two quick points from Neil Flynn (free) and Eoin Donnellan to make it 1-2 to 0-4 on 11 minutes.

Kevin Feely, enjoying a great season with his club and a Neill Kelly free stretched thelead before Kieran Farrell found himself inside again but his shot was touched out for a 45, quickly taken short to Niall Kelly who made it 1-5 to 0-4 as we reached half-way point.

Niall Kelly showed his class with an excellent point, Kevin Feely added a free but Maynooth hit back, initially with a pointed free from Sean Hever before Neil Flynn from a sideline found John McAndrew in front of goal and free and he fired past James Roycroft who might have felt he should have done better.

On the resumption Kevin Feely fed his midfield partner Paschal Connell whose effort was pushed out by Mark Donnellan, James Eaton converting the 45.

Cian Reynolds and James Eaton extended the lead out to five before Kevin Donovan replied and while Eaton and Neil Flynn (free) exchanged points, another white flag from the boot of Niall Kelly left it 1-12 to 1-7 on 40 minutes.

Kieran Farrell found himself in on the goal for the third time in this game but pulled his shot left and side as Cian Reynolds picked up a yellow card.

Barry Kelly — one of the driving forces behind this Athy team — was next to see yellow; Feely and Flynn exchanged points before Niall Kelly got his only point of the second half and while Neil Flynn converted a free on 59 minutes, Paudie Behan replied, the final score of the game as Athy won somewhat comfortably it has to be said by 1-16 to 1-9.