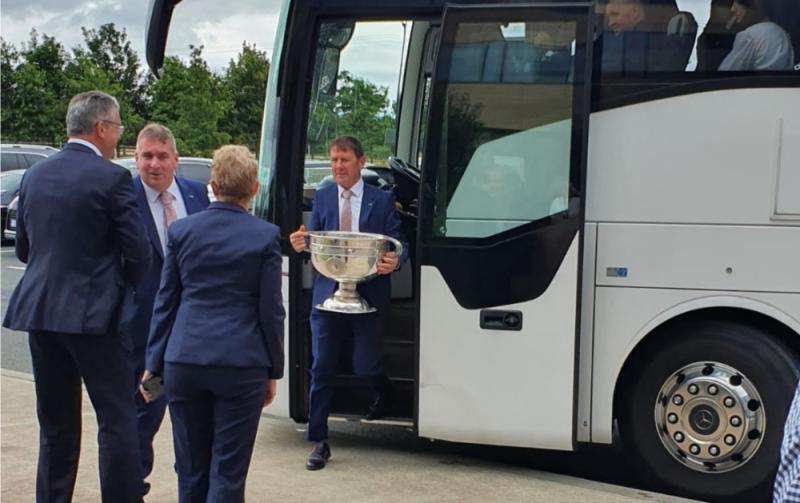 Jack O'Connor brings the Sam Maguire back to Kildare

All-Ireland winners Kerry stopped off in Tougher's business park to gather refreshments for their long journey home after yesterday's final victory over Galway. The Sam Maguire has finally returned home to Kildare after 94 years and it was Jack O'Connor who brought it back, perhaps not in the way we all had hoped (dreamed) for when he started in charge of the Lilywhites in 2020.

The Leinster Leader nearly missed this exclusive as I drove out of the car park after my lunch when I spotted the Kerry bus. I was too far gone to do a 180 so a quick trip around the roundabout and I was back on their tails. I was rushing at this stage, looking for something for this piece as members of the squad exited the shop with green aluminum cans to quench their thirst, when I spotted Sam Maguire out and about. It was a split second decision but here it is... 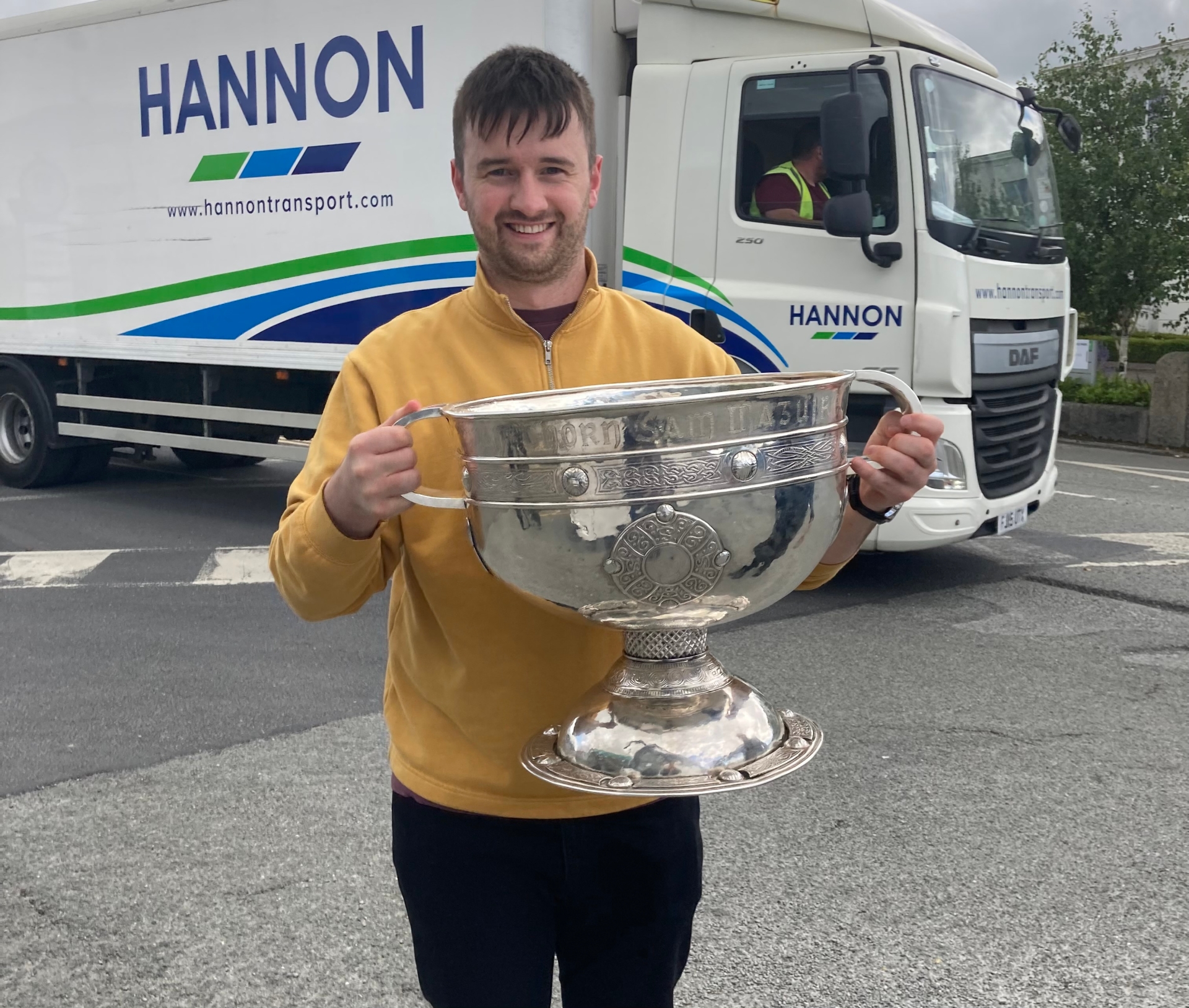 I wouldn't be one for pictures (as you may be able to tell) but I saw a chance and I'll say I did it for Kildare. It's been too long since a Kildare man held that trophy but I am disappointed to report they did ask for it back afterwards. Maybe next year.