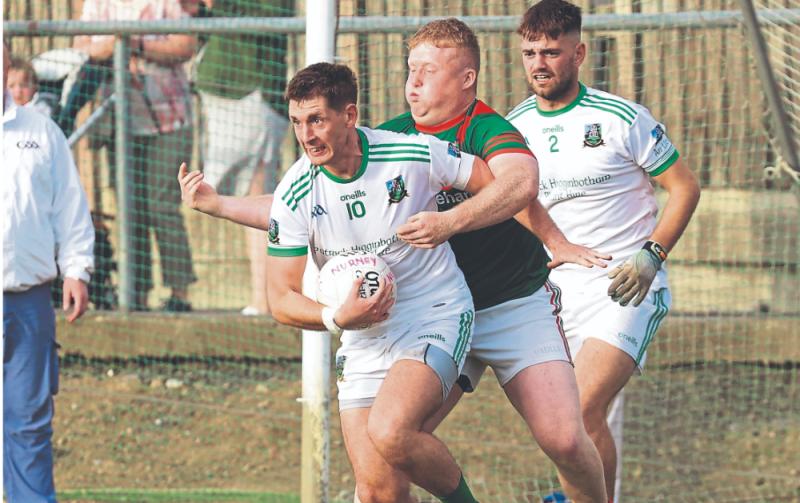 Nurney and Ellistown went into battle in Group D of The Auld Shebeen Pub Athy Intermediate Football Championship in Manguard Plus COE, Hawkfield, Thursday evening last, on a lovely evening for football on a pitch in absolute prestine condition.

Both teams reported prior to the game of being down a few bodies, due to injuries and holidays and it was favourites, Nurney, who got the ball rolling with Mikey Conway firing over the opening free after five minutes.

Milltown had plenty of early possession but possibly an indication of what was to unfold found the posts difficult to find and it took them all of eleven minutes before raising their opening white flag when Shane Daly and Colin O'Shea combined before the latter split the posts.

Mikey Conway, showed he has lost none of his finishing prowess pointing from an acute angle followed by a similar score from Andrew Behan.

Conway and Behan were the main threats, as expected, from Nurney and both at times found themselves double marked when in possession.

Some twenty minutes in Aaron Jacob got his side's second point of the game but Nurney hit back quickly and decisively when following a fine move Brian Conway had an initial shot blocked but there to finish from close range was Kevin Conway and when the same player linked up with Andrew Behan before firing over it left the score reading Nurney 1-4 to 0-2 after 23 minutes.

And it did not get any better for Milltown as a minute later Brian Reilly came storming through the middle before unleashing an unstoppable shot past David Hanlon in the Milltown goal.

Ian Fitzgerald got Milltown's third point for before the half-time break Andrew Behan hit Nurney's final point of the half to give his side a commanding lead — 2-5 to 0-3.

Milltown certainly improved in the second half while never putting the result in any doubt and with John Merrins getting his side's third goal of the game and both Mikey Conway and Andy Behan adding two points each it was more than enough despite second half points from Milltown's Ian Fitzgerald (2), full forward Ronan O'Shea (2) with Colin O'Shea, Robbie Scully and Aaron Jacob all raising white flags, Nurney still had seven points to spare as they won on a final score line of Nurney 3-9 Milltown 0-11. 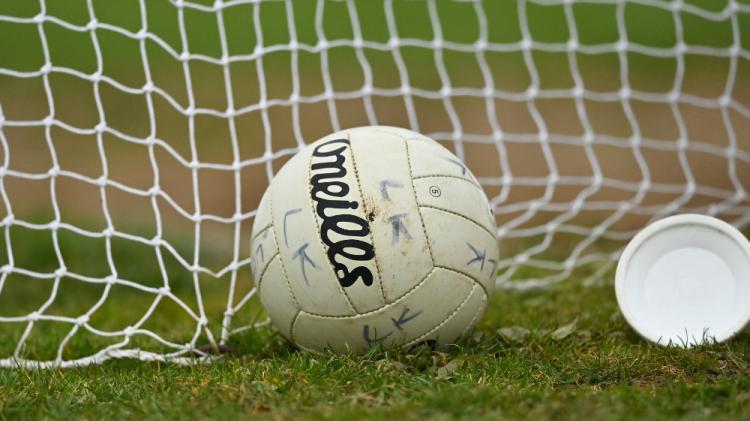