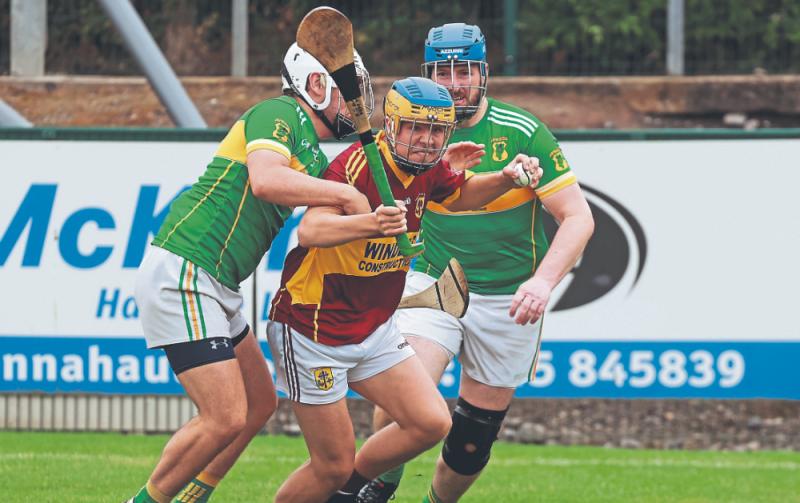 Éire Óg Corra Choill were convincing 23 point winners in this UPMC Senior B hurling championship encounter.
Kilcock and Éire Óg had overcome Celbridge and Naas respectively in their previous games but this was a far sterner test for Kilcock.

Éire Óg raced into and early four point lead courtesy of two Conor Kielty points and one each from Paul Dolan and Scott Cramer.

It took until the tenth minute for Kilcock to register their first through Paddy Bermingham and two minutes later John Quane doubled their tally.

Gary Dempsey and John Quane swapped points to keep the gap at two as we moved towards the 20th minute
Éire Óg had moved nine ahead by the 24th minute. Two Kevin Connor goals either side of a Daniel Murray point left it 2-6 to 0-3.
Connor had to do all the hard work for his goals as twice he got inside the Kilcock defence and shot past Darragh Browne.
Sixty seconds later Connor was fouled for a penalty just as it seemed he would complete the hat trick.

Paul Dolan's effort was well saved by Browne but Dolan made no mistake from the resultant 65.
John Quane pointed a free to leave eight between them at the break. 2-7 to 0-5

On the change of ends Kilcock added 1-1 inside the opening five minutes through a John Quane point from play and a well taken goal from Ciaran Murray as he showed his football skills to kick the ball home.
It was a brief respite for Kilcock and they could only ad another Quane point in the closing 25 minutes.

Éire Óg showed why their place should be at the top table of Kildare Hurling They hit 2-14 in that closing 25 minutes.
Daniel Murray made the most of the rebound after Darragh Browne had made an excellent save from Liam Dempsey and two minutes later in the 47th Conor Kielty got his goal after good work from Paul Dolan.

Paul Dolan hit six points during that second half onslaught in what was an impressive performance from the county man. He wasn't alone though as Conor Kielty, Scott Cramer Kevin Connor and the Dempsey's all put their names on the score sheet before running out convincing 4-21 to 1-7 winners.

Éire Óg will know that this is only a stepping stone in their quest to return senior and harder test are up the road.
Kilcock will know a last day victory is required to keep their slim hopes alive.