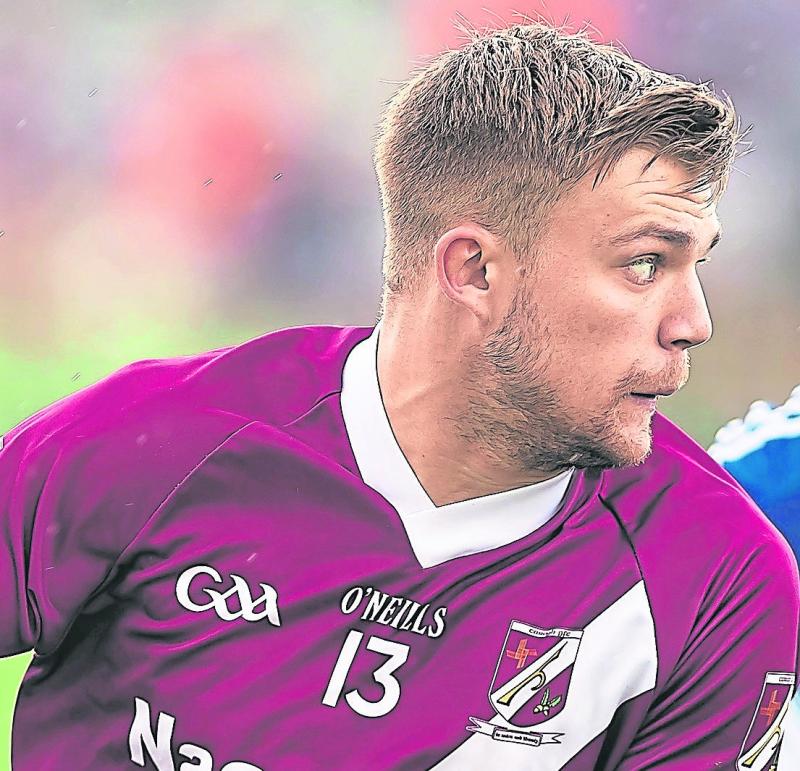 Caragh are through to the knockout stages of the Auld Shebeen Athy IFC after a comfortable five point win over Rathangan in this Group B clash.

Fresh from their opening round victory over Ellistown Caragh didn't have it all their own way and actually trailed by three at the break.

Eoghan O'Haire pointed two early frees for Caragh but Brian Mullally's well taken 4th minute penalty after Sam Savage was fouled had the men in green ahead for the first time.

Two points from Savage followed by white flags from Mullally and midfielder Michael Fitzsimons pushed Rathangan five ahead.
Eoghan O Haire's third free on 21 reduced the gap to four but Rathangan struck for their second goal.

Sam Savage hit a long effort at goal but as it dropped short Brian Mullally reacted quickest to palm into an empty net Seven up with as many minutes left to the break Rathangan were comfortable.

Jake Corrigan then hit two goals inside a minute for Caragh. These came courtesy of some excellent individual skill from Corrigan but the Rathangan defence will be disappointed with their level of resistance. Corrigans goals were all to easy.
Brian Mullally converted two late frees to keep Rathangan three ahead on a 2-6 to 2-3 scoreline.

On the change of ends Sam Savage extended the lead to four but again the Rathangan defence was breached and Jake Corrigan goaled for the third time.

Daragh Swords brought the sides level on 39 and the Rathangan advantage had evaporated.

Brian Mullally pointed a free on 42 to put the Burrow men one up again but with 18 minutes left they couldn't ad to their tally.
Kevin Connor, Darragh Swords and Eoghan O'Haire pointed late on before Dan Campbell put the icing on the cake with a brilliant team goal.

The Campbells Dan and Kevin combined with Jake Corrigan but when Corrigan looked like he would grab his fourth he instead found Dan Campbell who palmed to an empty net.

Two wins from two and Caragh are going to prove a tough nut to crack.
For Rathangan a closing day victory over Ellistown would secure third place.