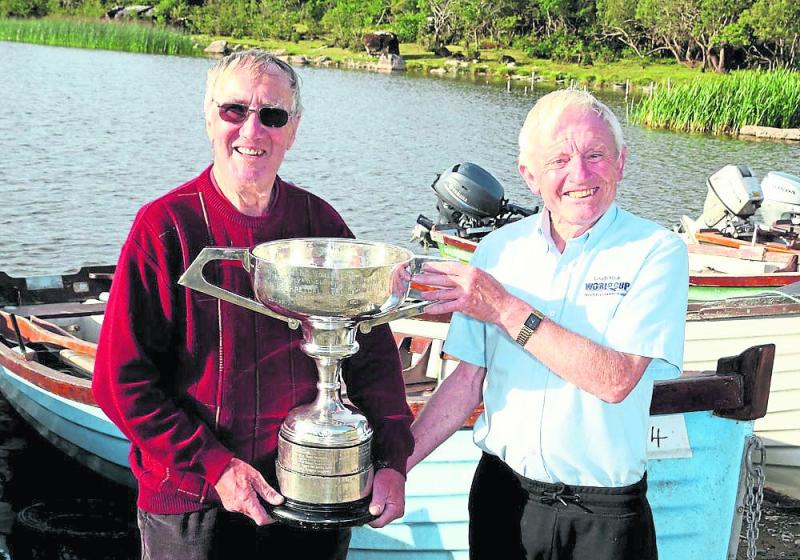 It was all the way back to 1965 when Shay Cash (Sarsfields) lined out at full back for Kildare in the U21 All-Ireland final when The Lilies defeated Cork.

All those years later and the man who wore the no. 3 shirt that day is once again in the winner's enclosure but this time far removed from GAA Headquarters.

Apart from his love of football Shay Cash has been a keen fisherman and a lover of the outdoor pursuits for some 40 years. A member of the North Kildare Trout & Anglers Association for years he has fished for Ireland in the Annual Quadangling competition involving Ireland, England, Scotland and Wales (2018) and has also fished for Leinster.

He has been fishing across the midlands for many a year now, originally with his late dad, the well-known and popular 'Quinner' Cash and his late brother Peter.

On August Bank Holiday weekend Shay Cash became the 64th winner of the World Cup Trout Fly Angling Championship at Cushlough Bay, Lough Mask, which spans both Mayo and Galway. Some 370 participants at €150 a head which leads to some fabulous prizes worth in excess of €20,000.

With weather conditions proving unfavourable for angling on the final day, Shay's fish weighing 2.875lbs, was sufficient to edge him into the winner’s enclosure ahead of Stuart Marshall, Belfast, who had two fish, weighing 2.65lbs. Billy Graham, Banbridge, Co Down, was third with two fish, weighing 2.358lbs.

Seamus, who has fished the World Cup for many years, revealed that dry-fly fishing was the key to his success.