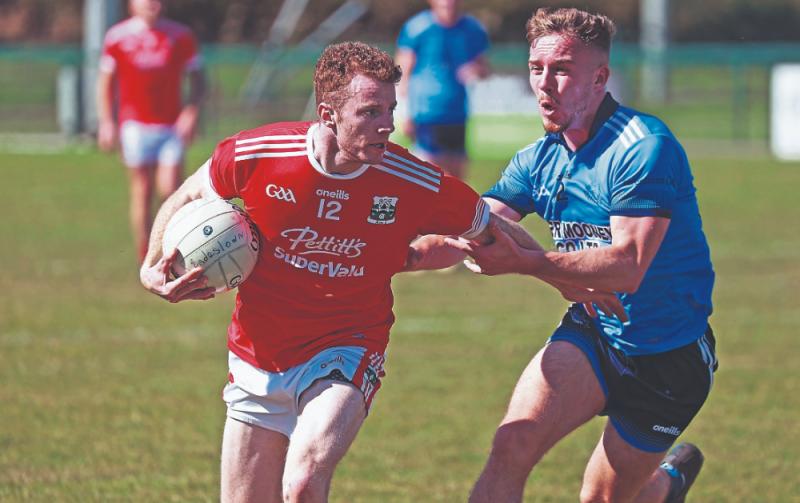 Following last weekend's pre-quarter finals of the Joe Mallon (Renault) Motors we move into the quater-finals proper this weekend with all four down for decision.

As the championship unfolds so do has the odds with Naas hardening into 11/8 but the big movers are Clane who have plummeted from 20s to 12s and are now installed as third favourites at 5/1.

Following their win over Moorefield last weekend Sarsfields are now in to second favourites at 9/2.
No doubt Clane are on what is being described as the 'soft' side of the draw, something very similar to Naas last season but if the champions are to make it back-to-back titles they will certainly have earned it.

The opening game of the quarter-finals sees Clogherinkoe take on Athy on Friday at Round Towers, 7.30 throw-in.

While Athy defeated Eadestown by a single point in their last outing, the serious injury picked up by the unfortunate Kevin Feely certainly casts a shadow over that result.

Clogherinkoe recorded their expected win over Confey, hitting 3-10 in the process, to book their last eight spot.
Top performances again from Jack Robinson and Cein McMonagle who between them scored 2-9 in the process and no doubt they will put in a sterling performance on Friday.

Athy, even without their midfield maestro, are still expected to advance but they will have to step up considerably if they are to.

Niall Kelly is their main scoring threat, he scored eight of their 13 points against Eadestown, experience could be the telling factor but this one could be a lot tighter than many expect.

On Saturday (September 3) it is the turn of Johnstownbridge and Celbridge as they bid to make it to the last four.

Johnstownbridge topped their group, dropping just one point in the draw against Moorefield, while Celbridge finished second in Group A, a group that saw Clane tops with, surprisingly, Sarsfields finishing in third spot

The Bridge hit 18 points in their win over Carbury, a game they (JTB) were well in control but two late goals from Carbury put the frighteners on them again.

Celbridge, who lost their opening game to Sarsfields 1-11 to 0-12 but then suffered a heavy defeat at the hands of Clane before defeating Carbury.

Two teams that are capable of hitting both highs and lows depending which side turn up but Celbridge get the nod in what could be a fine game of football.
Verdict: Celbridge.

Quarter-final no. 3 sees Clane take on Eadestown who defeated St Laurence's in the pre-quarter final last weekend.
Clane are certainly the shock side of this season's championship, are well managed, well coached and have what a lot of teams lack, a few more than decent scoring forwards.

Eadestown though should not be taken lightly. Once again they showed against Larries they don't do panic, attack at pace and in numbers. Could be a real cracker.

Naas have been impressive throughout the year. They already have the Leader Cup on the mantelpiece down the Sallins Road and are warmly fancied to hold on to the Dermot Burke Cup for another 12 months.

A well managed, solid side from keeper to no. 15, they have a very a good bench and new manager Joe Murphy is a very astute and if anything has improved this team since he took over in 2022.

Eoin Doyle directs affairs well at the back James Burke and Alex Beirne a more than decent in the middle while up front Darragh Kirwan, Eamonn Callaghan and Kevin Cummins are all fine players and keep an eye on Dermot Hanafin, he's improving with every outing.

Sarsfields will be in buoyant form following their win last Sunday evening.
They had all of seven points to spare in that one and that win will surely give them a major boost of confidence.

Moorefield did eke out a few goal chances but keeper Marc Courtney-Byrne did exceptionally well.
Main men Barry Coffey and Ben McCormack are in top form while Tadhg Hoey, at full forward was very effective.

Shea Ryan is strong and effective, Kieran Dwyer is settling in well while Callum Bolton is one to watch.

A very difficult one to call and last week's win should be worth two or three real good training sessions to Sarsfields but Naas have impressed all through, without it has to be said reaching their peak and they get the shout to advance but it has the makings to be a real humdinger.