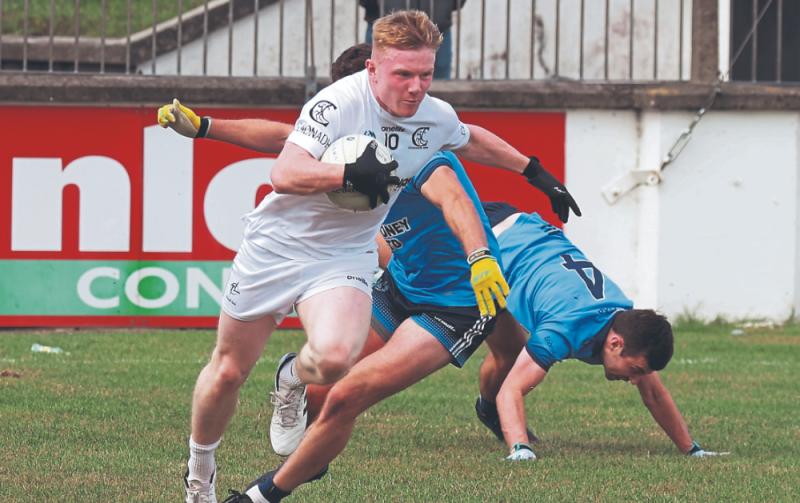 Clane march on impressively to the last four of the SFC following another very impressive display against Eadestown at St Conleth's Park on Sunday afternoon.

It was a display full of attacking flair, some top class score taking, mixed in with a solid display at midfield and some top class displays at the back.

Clane will now take on Celbridge for a place in this season's senior football final and on this display must fancy their chances making it through for the first time to the final since 1998 when they lost out to Round Towers.
A fine game of football on Sunday saw Dessie Brennan's side open an early two point lead with white flags from Eoin Conneff and Cian Bolton.

The impressive Adam Fanning got Tom Cribbin's side moving, Sam McCormack leveled before a brilliant sideline kick from Brian McLoughlin give the all-whites the lead, a lead they were never to relinquish.

Sam McCormack extended the lead as Eadestown were in trouble from their own kick-outs.
A long ball in from Sean O'Sullivan was met by Sean Christanseen, his fisted effort bullet-like to the net as Clane led 1-4 to 0-2 after 12 minutes.

Rian Boran and Ben Fitzsimons reduced the lead but those scores were quickly replied to by Shane O'Sullivan and Cian Shanahan.

Cian Bolton reduced the gap as Harry O'Neill showed his excellent defensive skills clearing his lines.
Jack Sargent found Padraig Tuohy whose goal bound shot was expertly pushed out for a 45 by Cian Burke, but the resultant kick was right and wide.

Alan Fanning added a point; Shane O'Sullivan a free and O'Sullivan again as Clane led at the break 1-9 to 0-5.
While Sam McCormack increased the lead on the resumption, Eadestown did what they have been doing all season and hit back when Jack Sargent found Conan Boran who found the net.

Shane O'Sullivan converted a free before Clane attacked with Chris Byrne clearing his lines to Adam Fanning who raced clear before crossing to Sam McCormack whose palmed effort went over.

Eadestown got a second lifeline when referee Cawley pointed to the spot (harsh?) after Emmet Bolton closed in but Cian Bolton's effort went high and over from the spot.

That was it really as Clane went through the last quarter in control and while Eadestown threw everything at them, excellent play from Harry O'Neill, Robbie Philips and Chris Byrne denied them.
Eadestown added three points in the last quarter but Clane fired in 1-5, the goal coming at the death from substitute Sean Callan.

Excellent game and the semi-final between Athy and Clane has the potential to be a real cracker.