Grange comfortably get past Cappagh in Kildare JFC 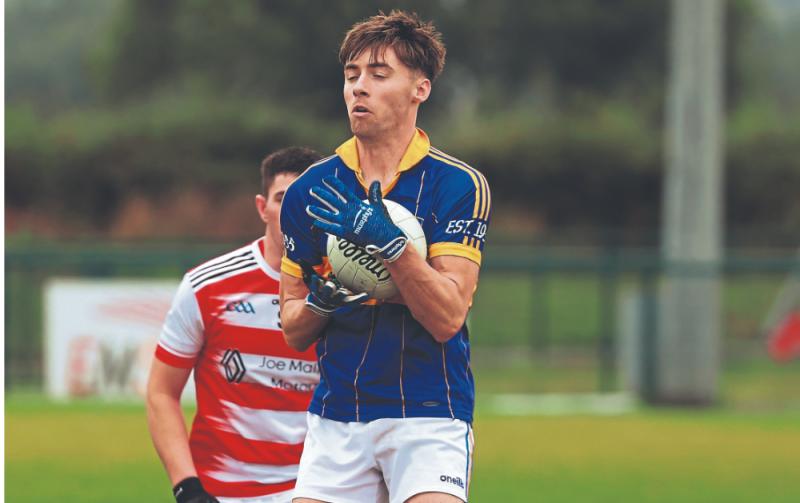 Grangenolvin joined Roberstown, Kill and Straffan in the semi-finals of the Tom Cross Junior Football Championship with a comfortable victory over the previously unbeaten Cappagh.

Fionn Bergin opened the scoring for Grange inside forty seconds but Ollie Lewis had Cappagh level two minutes later.Cappagh had plenty of possession in those early minutes but came up against a solid Grange defence.
Brian Cullen and Dean Brennan exchanged scores before the seventh minute but Cappagh were to go 13 minutes without a score.

The Bergin brothers Cillian,Oran and Conall hit three points in a row to open up a three point advantage.It could have been better but for an excellent save from Dylan Whelan in the Cappagh goal as Conall Bergin found himself one on one.Dean Brennan pulled a point back for the Cappagh men on 20 to reduce the gap to two.
It didn't last long as the Conall Bergin reacted quickest to Thomas Cullen's shot, that came off the post, to side foot past Whelan.

Three late points from Wayne Dooley, Gavin Ivory and Conall Bergin left Grange 1-8 to 0-3 ahead at the break.
The second half was a slow burner and it was the 35th minute before Fionn Bergin's free registered the first score of the half.
At nine points down the Cappagh comeback seemed a long way off.Dean Brennan pointed on 37 but when he pointed again on 48 that was to be Cappaghs last contribution to the game.

Timmy Doyle came up from the Grange goals to point a forty five on 39.As the game entered the final quarter Fionn Bergin added four late points, two from frees and two from play to bring the Bergin boys total to 1-10.
For Cappagh, ,having won five from five but that early season form deserted them at the wrong time and it's Grange who advance to the semi final.