Kildare GAA: Sallins march into the last four with win over Allenwood 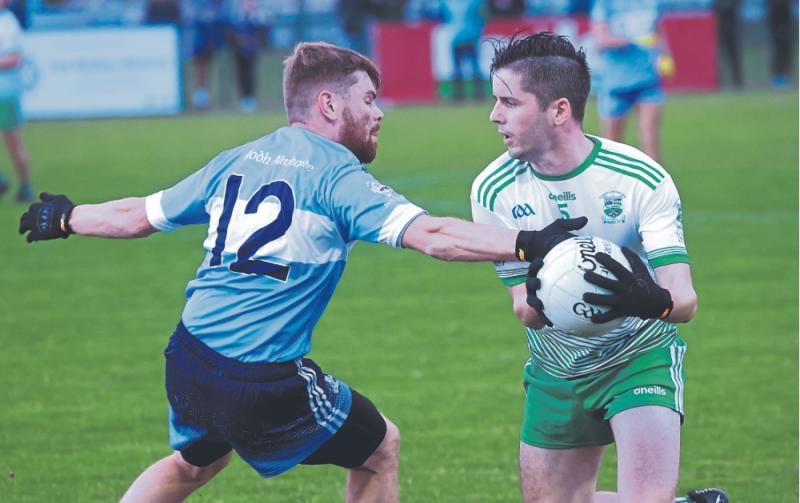 Sallins set up a semi-final date with Castledermot in the semi-final of The Auld Shebeen Pub Athy IFC following their fully deserved and impressive win over Allenwood in the quarter-final at Hawkfield in Friday evening.
If it's goals you wanted then this was the game to be at — at total of five that came thick and fast and unusually all in the opening half.

Sallins got off to a flyer, a point from Paul Farrelly after three minutes was quickly followed by the first green flag when Farrelly set up Colm Dalton who made no mistake from close range.

Allenwood replied with a fine move involving Aaron Dunne and Billy Maher combining, the former finding the net and when Eoghan Bagnall added a pointed free, the sides were level at 1-1 apiece after eight minutes.

Aaron Judge reduced the lead before goal number four arrived, Billy Martin was fouled in the box and Darren Judge converted the spot kick and when Maher added a point the sides were level at 2-3 each, 22 minutes on the clock.

The goals kept coming and it was Sallins who got their third two minutes later, this time Daragh Mangan combining with Conor Dalton for his second 'major' and while Billy Maher reduced the gap before the break it was Sallins who led at the interval 3-3 to 2-4.

Sallins quickly added four points inside the opening four minutes as Mark Delaney (Allenwood) picked up a black.
Johnny Doyle, who looked to be carrying an injury into the game, departed the scene but Allenwood reduced the lead with two points but there was no stopping the boys in green and white.

James Dalton, excellent second half, Cian Grimes and Paul Farrelly extended the lead as Allenwood looked in big trouble.
Points were exchanged before Allenwood added three points on the trot but it was not enough. Sallins got the final score of the game following a brilliant cross-field pass from Colm Dalton found Kevin Foley who punched over as the final whistle arrived Sallins winning.

Some fine individual displays from the winners, especially Luke Kelly, Luke Killian, Colm Dalton, James Dalton and Paul Farrelly.
Disappointing display from Allenwood and while they were still in it at the break, the writing was on the wall as they looked particularly vulnerable at the back throughout. Eoghan Bagnall, Aaron Dunne and Billy Maher were their best.